You are at:Home»Art & Music»7 Artists That’ll Make You Proud to Say You’re from Long Island Pt. 2
By: Troy Patterson Kelly on May 16, 2014 Art & Music, Entertainment

One of the biggest misconceptions in NY is that unless you come from one of the five boroughs that you have no chance at making it in music. Here is a list that shatters those preconceptions.

11. Chrisette Michelle-
Origin-Central Islip/Patchogue- She is a Grammy Award for Best Urban/Alternative Performance in 2009 for “Be Ok”, she also has features with Jay-Z ,Rick Ross and Drake. She’s also been featured on songs with The Game, Nas and Ghostface Killah. Her fourth album Better has also been nominated for a Grammy for best R & B album.

12. Keith Murray-
Origin-Central Islip-He is a member of Def Squad with Redman and Eric Sermon, His first solo album was given four mics from the source. Murray has been featured in the video game Def Jam Vendetta and has shared songs with LL Cool J, Mary J. Blige, R. Kelly among others.

13. Busta Rhymes-
Moved to Uniondale at age 12yrs – He graduated from Uniondale High School in 1991, He has eleven Grammy nominations and eight studio albums under his belt. He was given his rap name by Public Enemy’s Chuck D. The Big Bang album became his first number one album of his career. 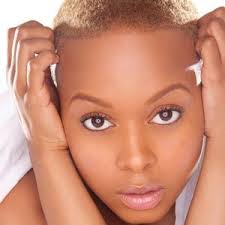 14. Rakim-
Origin-Wyandach-He is a Rock and Roll Hall of Fame nominee in 2012, He also was honored by MTV naming Paid in Full the greatest album of all time in 2006. Rakim was also ranked #4 on MTV’s Greatest MC’s of all Time. The Source ranked him #1 on their Top 50 Lyricists of all Time.

15. De La Soul-
Origin-East Massapequa/Amityville-They were nominated for three Grammys and they won for their collaboration with the Gorillaz’ hit single “Feel Good Inc” for Best Pop Vocal Collaboration. Groups such as Camp Lo, The Black Eye Peas, Digable Planets and Mos Def all praise De La Soul for their influence.

16. Leaders of the New School-
Origin-Long Island Uniondale/North Amityville – The Group has collaborations with A Tribe Called Quest, Natives Tongue, De La Soul and the Jungle Brothers. They have appearances on Yo! MTV Raps and The Arsenio Hall Show in 1991. Charlie Brown met Busta Rhymes while they were both living in Uniondale.

17. Dr. Dre-
Attended Roosevelt Junior High School-He is now Forbes Magazine’s second richest hip hip mogul. He also is a six time Grammy winner including Producer of the Year. He recently closed a deal with Apple worth over $3.2 billion dollars that will make him the richest artist in hip hop.