You are at:Home»Art & Music»10 Artists That’ll Make You Proud to Say You’re from Long Island Pt. 1
By: Troy Patterson Kelly on May 14, 2014 Art & Music, Entertainment

One of the biggest misconceptions in NY is that unless you come from one of the five boroughs that you have no chance at making it in music. Here is a list that shatters those preconceptions.

1. Mariah Carey-
Origin- Huntington- Mariah has sold over 200 million albums world wide. She has 18 number one Billboard hits with one single spending a record-breaking 79 weeks at number one on the charts.

2. Ashanti-
Origin-Glen Cove-She’s a Grammy winner for 2003-Best Contemporary R & B album. She is also the first woman to hold three top ten singles on billboard charts in the same week. “Foolish”, “What’s Luv?”, “Always on Time”. Only the Beatles beat this record. 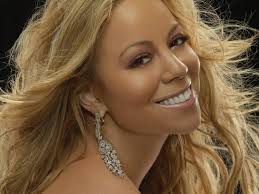 4. LL Cool J-
Origin-Bay Shore -He has thirteen solo albums, a Rock and Roll Hall of Fame nominee in 2014, A main character on NCIS: Los Angeles, he has also starred in movies such as Halloween H20, Any Given Sunday, Deep Blue Sea and Deliver Us Eva, He has also hosted the 2013 Grammy’s in February.

5. Method Man-
Origin-Hempstead- He is a Grammy award winner for Best Rap performance for duo or group for “You’re All That I Need” feat. Mary J. Blige. He has starred in Belly, How High, Oz, The Wire, Law and Order SVU and variety of other shows and movies.

7. Prodigy –
Origin-Hempstead- He is one half of the legendary rap duo Mobb Deep with studio albums The Infamous, Hell on Earth, HNIC and has been featured with other Queens artists like Nas and Havoc. He also comes from a family that is musically inclined.

8. Eric Sermon –
Origin-Brentwood/Bay Shore/Islandia- He is the founder of the legendary rap duo EPMD, Discovered Redman and Keith Murray and created the Def Squad. His biggest solo hit “Music” charted #22 on the billboard.

9. Craig Mack –
Origin-Brentwood-He released “Flava in Ya Ear” and the remix with Notorious BIG, LL Cool J and Busta Rhymes. He was the first artist signed to Bad Boy records formed by Sean “P. Diddy” Combs.

10. Lil Mo-
Origin-Long Island- She has collaborated with artists such Jay-Z, Missy Elliot, Faith Evans, Gerald Levert, Ja Rule and others. She has appeared on songs such as “Hot Girls,” “Supawoman,” “Put it on Me,” and “I Cry”. She also appears on the reality series R & B Divas while prepping for her fifth studio album.