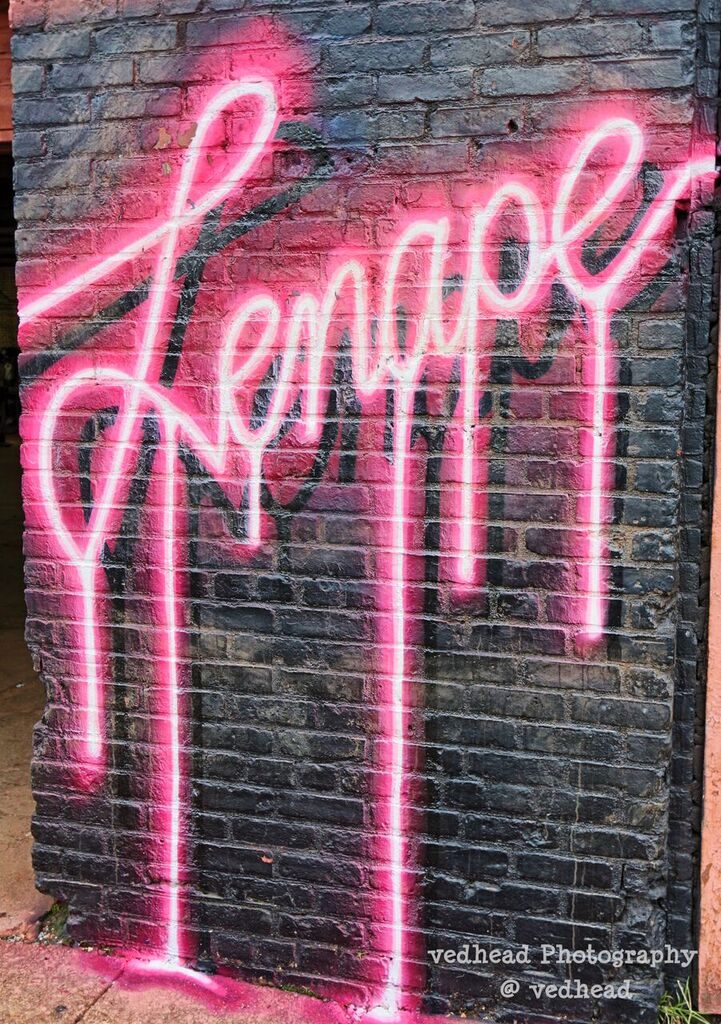 Raised in Ridgewood, I often can’t help but recall random childhood memories as I still live in and wander the neighborhood. Three decades later, I see many of the same landmarks (and surprisingly people!) and think back to the image of me in a catholic school uniform stepping over empty crack vials, avoiding syringes on my walk to school. While there weren’t mountains of drug waste in my neighborhood it was a way of life for me and it hasn’t yet ceased to amaze me that I’ve seen a lot of positive changes in the neighborhoods.

Soulmate was the first Adam Fu piece I spotted next to Sea Wolf on the corner of Wyckoff and Troutman. I loved it immediately when it caught my eye –the neon colors and incredible precision of the written word stood out. Soulmate illuminated as the sky’s colors shone down on it at dusk, with shades of blues to oranges then purples, the image’s texture seemed to morph as if it was made of delicate glass, not spray-paint.

The artist, known as Adam FU, has a style of his own, each line and drop of paint is set with empowering intent. After years of photographing street art around the world, it was his piece Soulmate that would ground me to the same streets my parents and grandparents walked a century ago. Would you believe it was because of some random graffiti I was able to experience the beautiful realization of just how deep my roots run here? 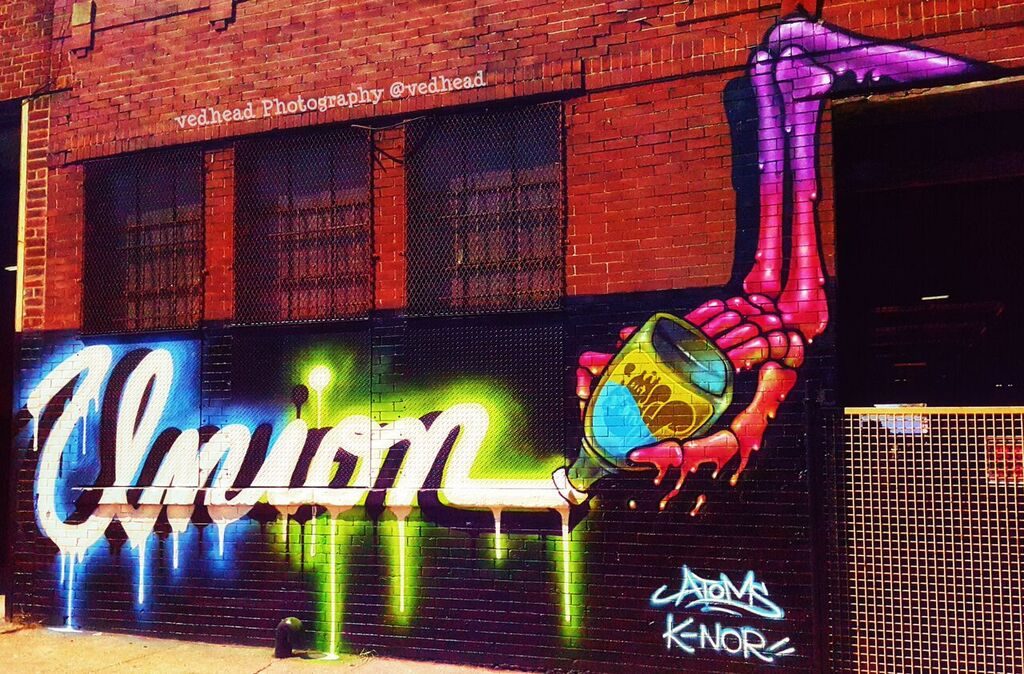 That’s the power of art and why I love to get lost in free art. Be on the lookout for more of Adam’s works as well as those of emerging artists traveling to share their visions and voices. Let’s see if there are any that speak to you.