If you’re a fan of hip hop in the NY metro area, than it’s almost impossible to say you have never heard of Hot 97. Something that is even more unlikely is that you never heard of Angie Martinez. Angie Martinez ended her role as “The Voice of NY,” which she maintained with Hot 97 for over 20 years. Her last day was very emotional as you can imagine and filled with celebrity well wishes from her Hot 97 family, Terrence J, Taraji P. Henson and others.

Angie Martinez, who started out as an intern climbed her way up in a male dominated industry and has interviewed all types of celebrities from 2 Pac, Jay-Z, Steve Stout (Mgr. to Mariah Carey, Nas and Mary J. Blige) and other influential people in hip hop. In her own words she writes, “Today I resigned from HOT97. I am grateful to the Emmis family for my time with the company and the immeasurable way that it has shaped my life. We made history together……” 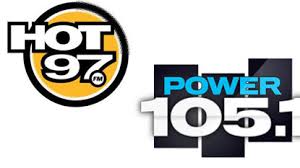 Since Angie’s announcement was so abrupt the rumors began as to why she left Hot 97. I heard every rumor from she’s going to Revolt TV to she’s going to host her own talk show on a major network. That was believable since Wendy Williams came from radio and became a talk show host. The truth is that she accepted a job at rival radio station Power 105.1.She will also be joining “The Beat” in Miami. Power 105’s “Breakfast Club” is already streaming there and Angie’s show will do the same. Angie’s new show is set to air in mid-July. They must’ve made her a very special offer that would take her away from a job she has held since the early 90’s.

Angie Martinez ended her role as “The Voice of NY,” which she maintained with Hot 97 for over 20 years.

Angie’s path with Hot 97 may have ended, but her journey keeps going. What are your thoughts on Angie Martinez leaving Hot 97 and going to Power 105.1?