1. 22 veterans commit suicide daily in the U.S.
2. 20 percent of veterans have Post Traumatic Stress Disorder (PTSD)
3. High anxiety—a condition of the central nervous system—occurs in one out of every four veterans.
4. Veterans have a 10 percent unemployment rate (above the National Average)
5. 27 percent of ex-military suffer from alcoholism and substance abuse.

Obviously there is an epidemic on our hands. 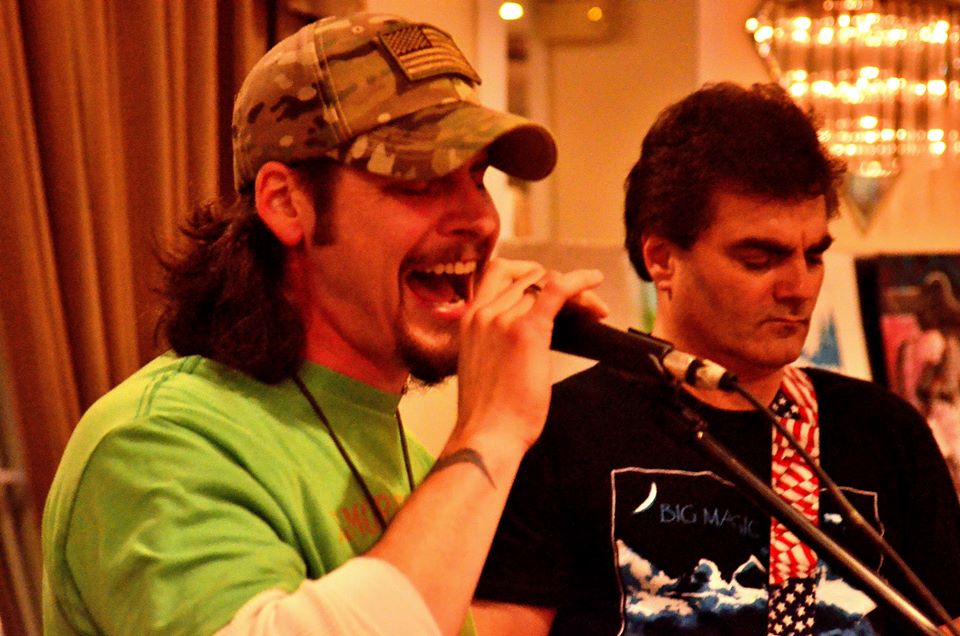 Every facet of military life is regimented, traumatic and stressful. Life post-military service cannot be easy. Acclimating back to civilian life is a challenge. Life without direction is daunting. The disciplined military life is the complete opposite of the distracting drudgery of daily life.

Project 9line pays homage to the “9line MEDVAC” protocol known by all branches to assist injured soldiers. Project 9line’s mission is simple in theory. Their purpose is to support veterans by providing multiple avenues for ex-military to communicate their experiences in order to promote a healthy transition back to civilian life. Project 9line will assist them in the recovery process. They want to showcase the veterans’ talents via the arts.

Recently at Islip’s Marconi Manor, ex-military personnel, along with their families, displayed skills ranging from painting, photography and music. We encountered a very talented individual named Sarge. We first met Sarge in January at Project 9line’s kickoff. That night he sang a version of Pearl Jam’s “Black” that made every hair on my arm stand upright.

Sarge displayed a photograph of a mighty oak tree with the edges heavily blurred. He suggested this is what PTSD looks like. The center looks right; but it falls off dramatically. We were told PTSD is a disease that is progressive; it gets worse when not properly treated.

Big Magic added musical flair this evening, with help from the The Diamond Jig Band. James Carlucci played mostly original music but blended covers of the Rolling Stones, Beatles, and other classic rock standards into their set. We have seen Big Magic a few times and these guys are like surgeons. Steady, technical and precise. The invited a Vietnam veteran named Gene to sing a set with them. Even Sarge hopped on the Mic and sang an original track he wrote named “Fallujah.” I am ecstatic to see people like Gene and Sarge acclimating back to civilian life. We are all better because of it.