You are at:Home»Sports»Beckham Jr and Jennings at Steiner
By: Adam Charach on June 30, 2015 Sports 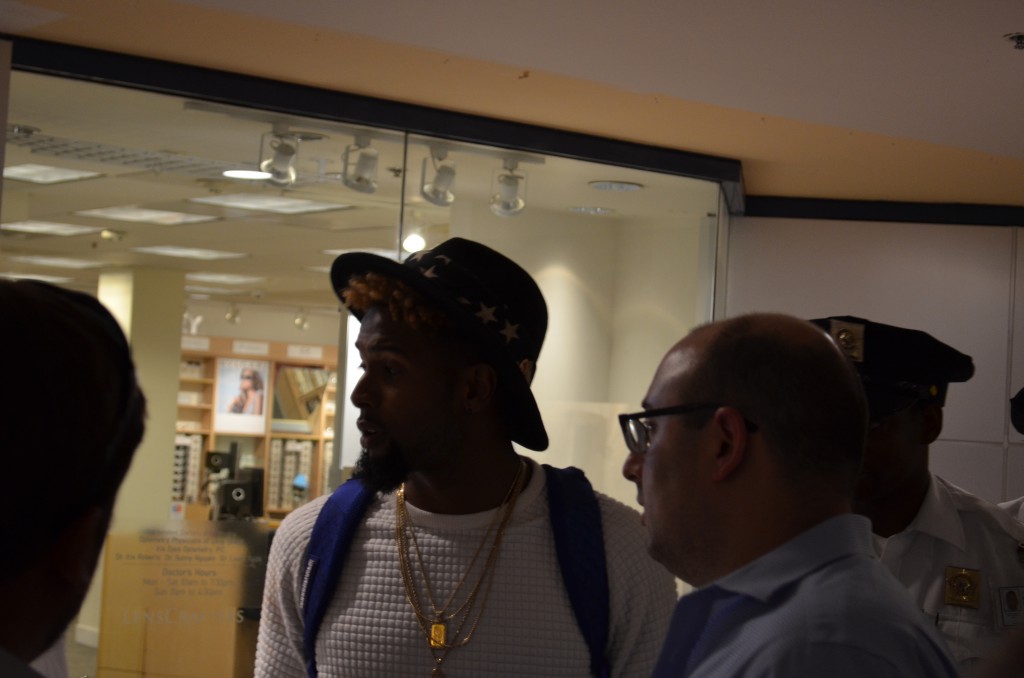 This is now the second time Beckham has come to meet his fans at Steiner Sports and both times have sold out. His autograph is as coveted as Eli Manning’s at the moment all because of that amazing catch her made against the Dallas Cowboys last year. Since then, he won Rookie of the Year, was chosen to be on the cover of the new Madden game, and seen his fans as much as possible. The sky is the limit New York’s best wide receiver and we can only hope he destroys his numbers in his sophomore season. 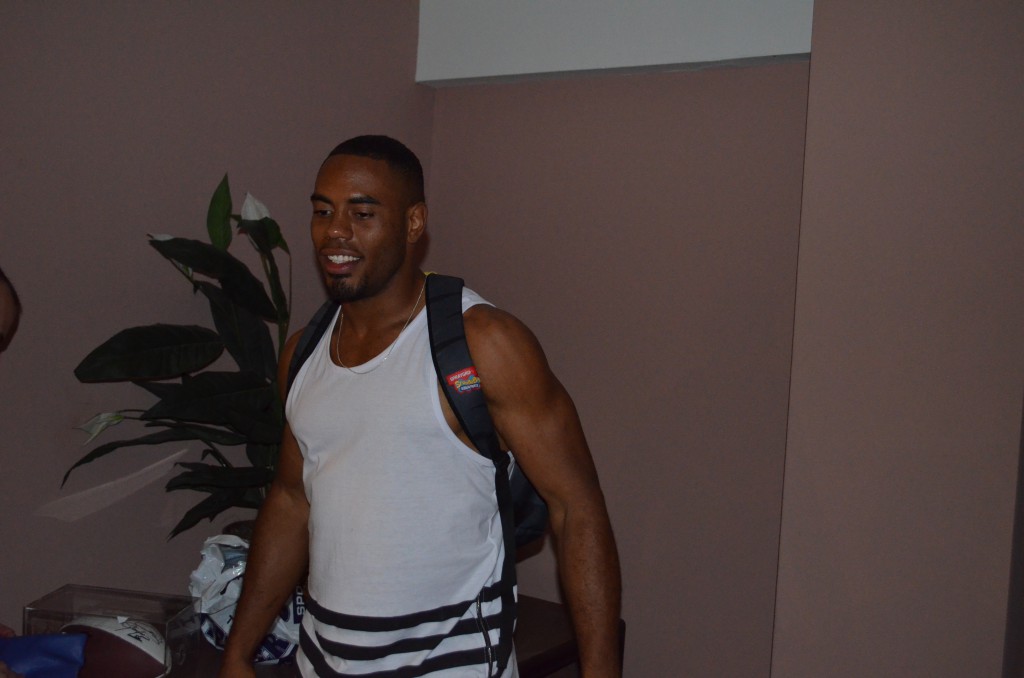 This is going to be Rashad Jennings second season with the Giants. His first season was filled with some injuries, but when on the field, he was extremely productive. Before the Giants, he was the running back for the Oakland Raiders and coming here he was finally going to get the starting job he has wanted his whole career. With this being his first signing, he was amazing. He was the nicest guy and he made you feel like you were just like him. He came dressed as if he just came from the gym and took pictures with anyone and everyone. Odell even opened up more when Jennings arrived. He truly was the life of the party. 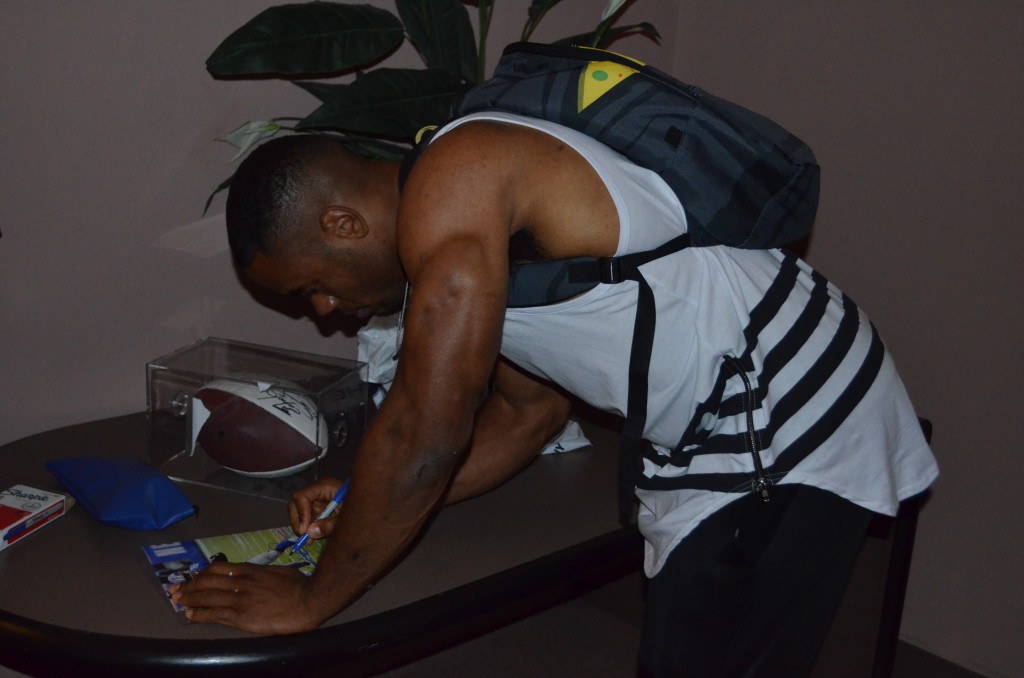 It truly was an honor meeting these two very talented athletes and we can only hope that this year they bring back the Lombardi Trophy to New York!