You are at:Home»Food & Drink»Beer and Crafting 101 – Inspired by the Spring Craft Beer Festival!
By: Lauren Jablonski Kelly on April 16, 2013 Food & Drink

While attending the Craft Beer Festival at Nassau Coliseum last month (mentioned by LIB here,) I realized there was a lot one could learn about the art of making beer and about beer itself, as much as one could appreciate tasting it at the festival. If there are things you have always wanted to know about beer but were to afraid to ask, this piece is for you.

There are two major classifications of beer; ales and lagers. Ales are ancient types of beers that are fermented in warm temperatures for short periods of times, while lagers are fermented in cold temperatures for long periods of time. A second key difference between the two is that the yeast needed to initiate the fermentation process lies on the top of an ale and on the bottom of a lager. There are also amalgons, better known as hybrid beers. In addition to these well-known beer types, in total, there are 23 other recognized styles of beer!

IPA (which stands for India or Imperial Pale Ale,) is a strong, dry beer that is not too sweet and slightly hoppy. Stout is another type of ale. Stouts are dark bitter beers made using roasting malt, barley, hops, water, and yeast. What are hops? Hops are female flowers (seed cones) that add a bitter tangy flavor to the beer. Describe a beer as “hoppy” and the translation is that of a beer with more bitterness and bite.

Now that you have been given some context and even a bit of history around beer as a beverage, here is a list of some top notch places to find and try all these varieties from around Long Island!

“If there are things you have always wanted to know about beer but were to afraid to ask, this piece is for you.”

Their breakfast stout is a sweet stout that is bittered with dark roasted candy coffee. It’s their second most popular beer and I’m sure it will be your new favorites, so try it out!

If you are looking for a great summer beer, try the Blood Orange Pale Ale. This American style pale ale made with hops and blood orange extract. If you’re a fan of Blue Moon, you’ll want to stock your cooler with these this summer as well.

Another great seasonal beer is Brickhouse’s Summer Buzz Honey Beer. It’s made with honey, malt, little hops. This beer is light, refreshing, and great for the beach!

Even though it is spring now, Port Jeff’s Cold North Wind was definitely one of my favorite beers at the Spring Craft Beer Festival. The Cold North Wind is a white strong ale with hops and malt. It is a great beer for those cold winter nights!

This informative Long Island based website focuses heavily on the how-to’s of beer, brewing and pairings. Speaking of pairing, Beer Loves Company partnered up with Frank Filacchione of “Big C” Brewery, to craft a fantastic Saint Remo Gruit Ale. It is a light herbal beer that is perfect for the spring and summer. Not only is it great for sipping, it also makes a delicious marinade for chicken!

Prompted by this exceptional beer tasting, I asked Long what makes up the secret to great tasting beer. Despite what types of beers or flavors you desire, I was told the secret to great tasting beer is good sanitation. Nothing ruins beer like infections! If you are interested in learning home brewing techniques I highly suggest you attend a Beer and Malt Enthusiasts meeting, you will undoubtedly learn a lot and have plenty of fun in the process! 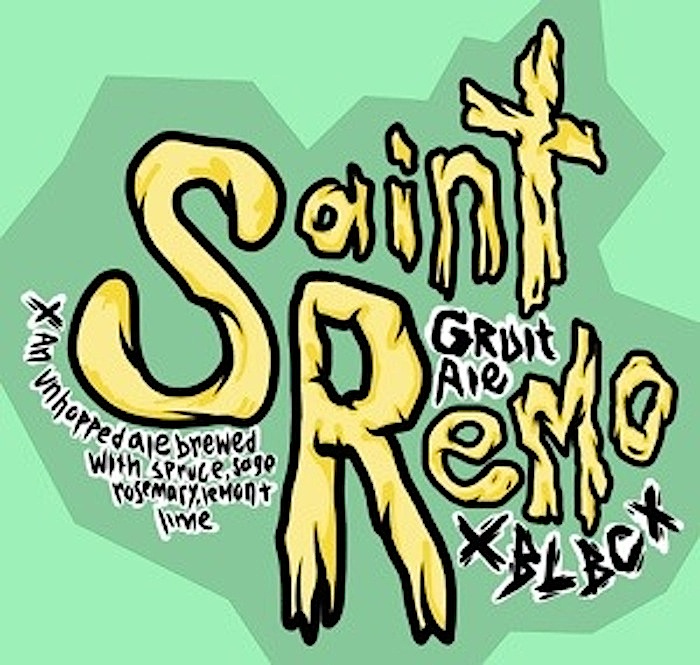