You are at:Home»Entertainment»“Big Ang” Hits Bottomz Up In Style!
By: John Milovcic Kelly on March 19, 2014 Entertainment, Nightlife

“Big Ang” is all style and class as she raises money for breast cancer awareness! 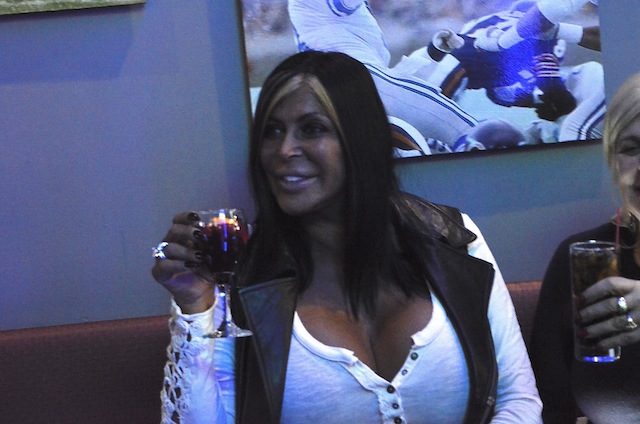 New York City is full of great bars. Bottomz Up on Third Ave is one of them. Thursday, Bottomz Up hosted one of the stars of VH1’s Mob Wives, “Big Ang,” Angela Raiola. As her white luxury sedan pulled up curbside, Big Ang’s presence was felt. The Black Eyed Peas were right- Tonight promised to be a good, good night.

Big Ang was guest bartending in order to raise money for “Big Angel’s Breast Awareness”- a charity dedicated to help fight breast cancer. “Big Angel” was a  friend of hers who lost her battle with breast cancer. Big Angel was the one responsible for the designing the monkeys on the wall at the Drunken Monkey in Staten Island.

Big personalities like Ang’s do nothing small. She whipped up an oversized fish bowl drink. Big Ang also discussed with us the launch of her new wine line- Big Ang Wines. She just found a NY distributor and will be found at your favorite liquor store in the coming months.

Big Ang is tough, sweet, reasonable and approachable. There is something to be said about reaching celebrity status later in life.

Bottomz Up is a great little spot on 3rd Ave. They offer happy hour specials, on site sushi menu and our favorite, oysters on the half shell.

Full album of pictures is located on LIB’s Facebook page. 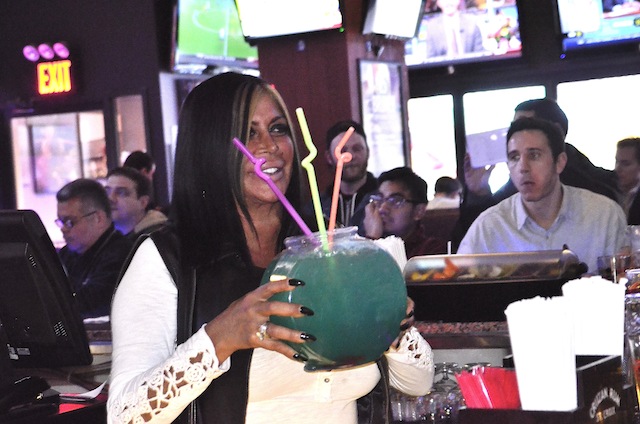 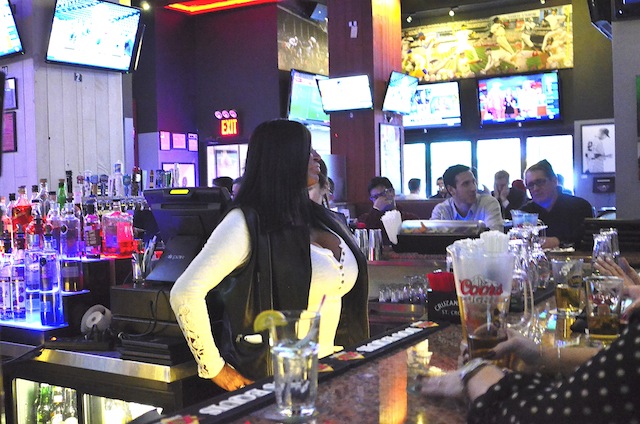