Disco/Symphonic Metal Explodes Onto the Scene with New Music and A String of Live Shows Throughout Northeast U.S. 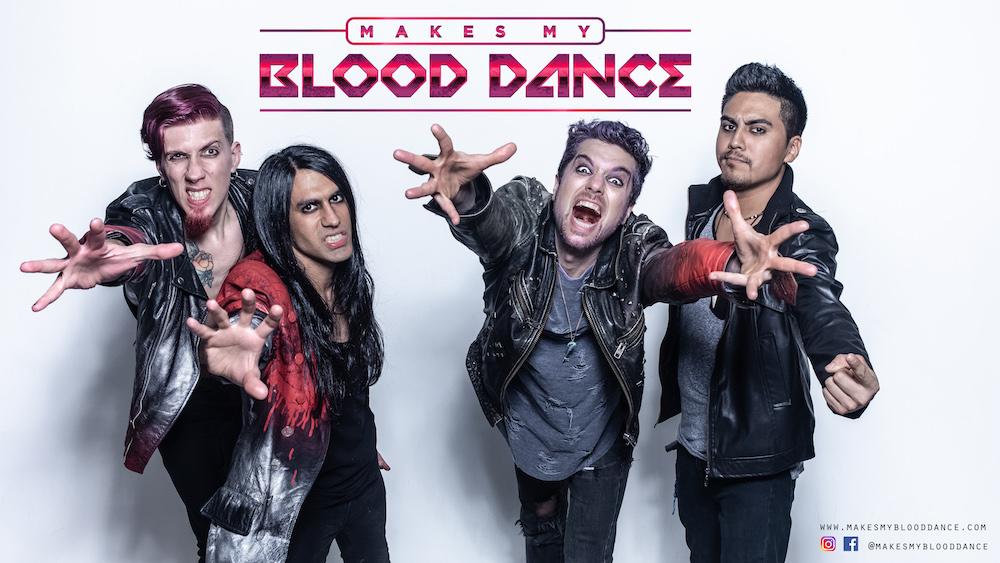 “Disco metal – think Rammstein meets The Bee Gees with a touch of symphonic greatness flooding the room amongst an orgy of head banging, dancing and grinding” – Makes My Blood Dance is the latest and greatest new band to come out of Brooklyn, NY’s ever burgeoning music scene. Fronted by powerhouse vocalist/frontman Evan Russell Saffer (Fixer, ERS, RainMKERS) and the guru of technical/witch of the west/guitarist/programmer John Polimeni (Proxima Control) MMBD started taking shape in late 2017. Through patience and determination they began working out arrangements and adding lyrics and melodies as the new music began to flow naturally. Adding a whole new roster of talented musicians, they built the beast one by one enlisting Alex “Mother Russia” Nikitin (Bass) and finally landed Carlos “CK1” Gordillo (Drums) after hiring several fill-in drummers along the way. “John and I knew we had something special and took our time until the family felt complete. I feel lucky to play with these guys” ~ Evan Russell Saffer

Already garnering tons of praise from their masterful live performances, they’ve recently been featured in New Jersey’s The Aquarian with Saffer speaking on everything from the band’s influences to specific tracks on the forthcoming EP.

Now, as they drop “Beaming Right Up” – fans have plenty more in store with further live performances, their first music video, AND the release of limited edition USB Dog Tags which contain all 6 songs/bonus material/lyrics/album artwork, and more!

For More on Makes My Blood Dance, VISIT: