You are at:Home»Art & Music»Chatting with the “ani-mazing” minds of Black Streak Entertainment
By: Amanda Ferris Kelly on May 29, 2013 Art & Music

Thanks to book series such as ‘Harry Potter’ by J.K. Rowling and ‘The Hunger Games’ by Suzanne Collins, the ‘Young Adult’ genre is showing itself to be red-hot right now in terms of its popularity. The creators of Black Streak Entertainment are Justin Raimey and Terry L. Raimey; they wanted to come up with a publishing company that is solely dedicated to children and young adults—as well as the eternally young at heart.

Combine that with a love of Japanese-style comic books (known as manga) and you have a recipe for greatness.

Black Streak Entertainment prides itself on creating fun items; from manga such as ‘Knights of the Second Earth’ series to t-shirts and bookmarks, this Ohio-based publishing company has tons of cute products that will definitely appeal to the young and the young-at-heart. LIB Magazine had the opportunity to talk with both Terry and Justin Raimey, so read on to get a peek into the creative minds of these two phenomenal artists and writers!

Black Streak Entertainment will be exhibiting at the Book Expo America, opening for attendees tomorrow, May 30, 2013 and running through Saturday, June 1 at the Javits Center in New York City. 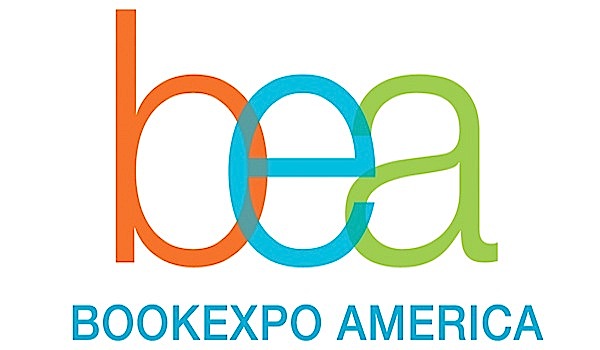 LIB: How did you come up with the idea for Black Streak Entertainment? Why did you choose to appeal to the YA genre?

Terry: Black Streak actually started out of coincidence. Justin had been working on his graphic novel/manga ‘Fiji Random’ for some time and I had been developing the story and characters for my novel’ Knights of 2nd Earth.’ After attempting to publish our titles the traditional way—i.e., pitching our projects to agents and publishing houses, only to be met with rejection because our titles were “out of the box”, we decided to self-publish our titles. We named our company ‘Black Streak Books initially, but as we ventured into designing gifts themed after the characters of our book titles, like our button pins, stickers, and wristbands (just to name a few), we decided to expand the horizons of our brand and launch our company as Black Streak Entertainment in October 2011.

Justin: My brother wanted to publish his novel and I wanted to publish my manga so we decided to get them printed with our own label. My brother’s story,’ Knights of 2nd Earth: Tears of an Honorable King’ (K2ndE), is an action tale, so there is going to be violence and death involved. A storyline with those elements will mostly be appropriate for a young adult audience. Also, my comic, ‘Fiji Random’, is full of the humor that most little kids won’t understand; so going the young adult route was the best choice. We both wrote about things that we enjoy; mild adult humor for ‘Fiji Random’ and teenage appropriate action sequences for ‘Knights of 2nd Earth.’

Terry: We’re two grown American guys who refuse to grow-up! The YA world is full of fun, imagination, and creativity that isn’t found in any other genre of entertainment, be it books or visual and audio media. The vibrant and carefree spirit of the YA world is what appeals to us both and it is what helps to keep us going with our company. When you love what you do, it isn’t work!

LIB: How did you both find yourself immersed in the world of anime and manga?

Justin: We grew up watching anime when we were little kids. We didn’t know it was “anime” at the time; we just really enjoyed shows like ‘Speed Racer’, ‘Sailor Moon’, and the occasional Studio Ghibli films. After a few years of being a ‘Spiderman’ fan, the local comic shop that my brother (Terry) went to started to sell ‘Star Wars’ manga. After that I started to collect the ‘Dragon Ball’ series and my love for manga still burns bright till this very day.

Terry: As a kid who grew up on Disney and ‘Teenage Mutant Ninja Turtles’, I was amazed at how anime took action, adventure, and edgy jokes to a whole other level that American cartoons did not dare to venture into. I’m a fan of anime’s in-your-face approach to action, in particular, the fighting scenes of ‘Dragon Ball Z’ (the best anime of all time!). As time went on I ventured into anime series’ like ‘The Slayers’, ‘Yu-Yu Hakusho’, ‘The Dirty Pair’, and ‘Great Teacher Onizuka.’

“[Justin and myself are] two grown, American guys who refuse to grow-up! The YA world is full of fun, imagination, and creativity that isn’t found in any other genre of entertainment, be it books or visual and audio media. The vibrant and carefree spirit of the YA world is what appeals to us both and it is what helps to keep us going with our company.”

LIB: Elaborate on Fiji–where did you come up with the idea for the story? Was it difficult to write? What were the inspirations behind the story?

Justin: I first started working on’ Fiji Random’ in High School, when I was about 16 – I’m currently 25 years old. The story was not what it is today back when I first started to draw the characters. ‘Fiji Random’ started out as an action story with a different main character. After some thought, the main character and sub-character were switched and the story was changed completely. While ‘Fiji’ wasn’t difficult to write, the hardest things about the entire process were getting the right manga; creating materials (paper, tones, ink, etc.), and finding the time to do all of the art for the book. But no, creating the content of ‘Fiji Random’ was not difficult at all, especially since the story is mostly inspired by events and ideas in my life that are thrown way out of proportion.

LIB: On your website’s showroom, I saw that you had buttons, magnets, etc. Will you be expanding your inventory–for example items like t-shirts, posters, etc?

Terry: We actually do have plans to release posters and t-shirts on sale to our website customers. For now, we do offer shirts to wholesale customers, so depending on how well they are received in the wholesale arena we will begin selling our shirts on our website soon!

Justin: We’ve actually only started Black Streak Entertainment with one book title, ‘Fiji Random Volume 1’, and now we have expanded to over 60 button designs, stickers, patches, acrylic charms, art prints, and more; most of them being ‘Fiji Random’ themed.

Terry: We are always creating new products and new designs. We always aim to release gifts that are colorful, vibrant, and unlike anything the public has ever seen. For example, one of our products is an embroidered patch in the design of a Jolly-Roger pirate style ‘Bunny Skull’– Where else are you going to find a product like that? We are all about originality, sparking people’s creativity, and putting smiles on people’s faces when they see the fun books and gifts that we have to offer.

LIB: What’s your favorite manga, comic book, and YA novel? Do they have any influence on past or future works/ideas?

Justin: My favorite manga are “Azumana Diao” by Kiyohiko Azuma and “Sgt. Frog” by Yoshizaki Mine. Both are very funny manga series. ‘Fiji Random’ is influenced by these great titles. ‘ Fiji Random’ would not exist if it weren’t for them.

Terry: I have many favorite manga: ‘Jojo’s Bizarre Adventure’, ‘GTO’, and ‘Rave Master’ (just to name a few) – but my favorite manga, without a doubt, is ‘Dragon Ball!’ It has everything – humor, action, martial arts, brilliant character design, not to mention, I’m a big fan of Akira Toriyama’s work, be it manga or the video games he’s done artwork for.

As far as comics, even before anime made its way into my life I’ve always been a huge Marvel/DC guy. My favorite three comic series as a kid, though, were ‘The Amazing Spider-Man’, ‘The Spectacular Spider-Man’, and ‘Peter Parker: Spider-Man’ (Are you seeing a trend here?). What appealed to me the most about ‘Spider-Man’ as a kid, and even to this day, is that Peter Parker is an average guy who just so happens to have extraordinary events that seem to pop up into his life.

My favorite YA novel is Gary Paulsen’s ‘Hatchet.’ I was given the book as a gift for my 10th birthday and didn’t read it until I was 14! Needless to say, I regretted waiting so long to read it. The story was a gripping and exciting tale of survival – kind of like that movie’ The Grey’ – except ‘Hatchet’ was good and ‘The Grey’ wasn’t!

I think every writer or artist is influenced by works that they’ve always followed and admired. There is currently one’ Knights of 2nd Earth’ book published (with one more to be published in July), and it is heavily influenced by the action comics/manga that I enjoy. For example, when a sound effect is printed in my books, they are written in bold comic book style fonts. The battle scenes in my works are in your face, action driven, descriptive, and the drama that happens between the characters in the formation of their relationships to each other are very relatable to everyday people. This has always been my style of telling a story, and I intend to continue in this tradition.