You are at:Home»Art & Music»Depressed Monsters Fighting the Stigma of Mental Illness
By: Lauren Jablonski on July 6, 2020 Art & Music

Ryan Brunty created Depressed Monsters, a genderless clothing line, that donates to the top mental health agencies. This Vegas-based visual artist created the character Yerman after his grandfather passed away from cancer in 2012.

” I started watercoloring as a form of self-expression and these little self portraits started forming. The routine of ending every night with a self portrait became my sanctuary and I didn’t realize it at the time but it was leading me to self-help. One night I set up my drafting table and put on some music and started sketching out a little monster. One brush stroke led to another and there was Yerman on the paper. I looked at that little furry self-portrait and had my breakthrough moment realizing that this little creature was the true depiction of who I was and how I was dealing with the passing of my grandfather. I put it on Twitter and the reaction was super positive which helped me feel connected to the outside world again. Eventually I healed and became whole again, but if it weren’t for Yerman, I wouldn’t be here today,” said Brunty.

“I just started focusing on Yerman and how that little self-portrait was helping me move forward and helping others cope with their own depression and anxiety. I knew early on that I wanted to raise awareness around the stigma of mental health and so I donated a portion of proceeds to the Jed Foundation, PeaceLove, and Trevor Project,” said Brunty. 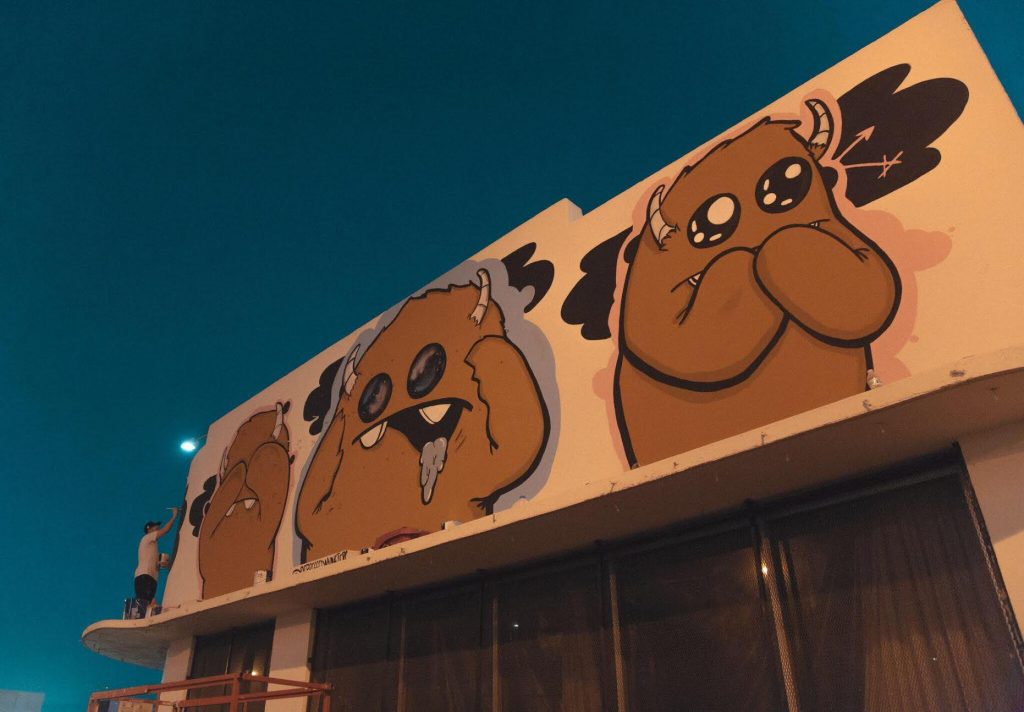 “The punk DIY aspect of creating has always run super deep in my veins,” said Brunty.

Many people are dealing with negative mental health effects, including depression and anxiety, due to increased social-distancing and isolation during the COVID-19 pandemic. Brunty continues to create art that expresses himself and helps others cope. ”I’m so glad that in 2020 it’s starting to get better out there and people are beginning to understand that mental health is a journey and proper care is so important,” said Brunty.

Brunty also has murals in Las Vegas near 11th Street Records on Fremont and 11th Street near the old laundromat. He also has a secret mural in Tony Hsieh’s Airstream Park, the entire interior of Hatsumi at Ferguson’s, Zappos HQ, the entire outdoor area at Gold Spike, a mural at Grouchy Johns coffee shop, and 4th and Odgen. 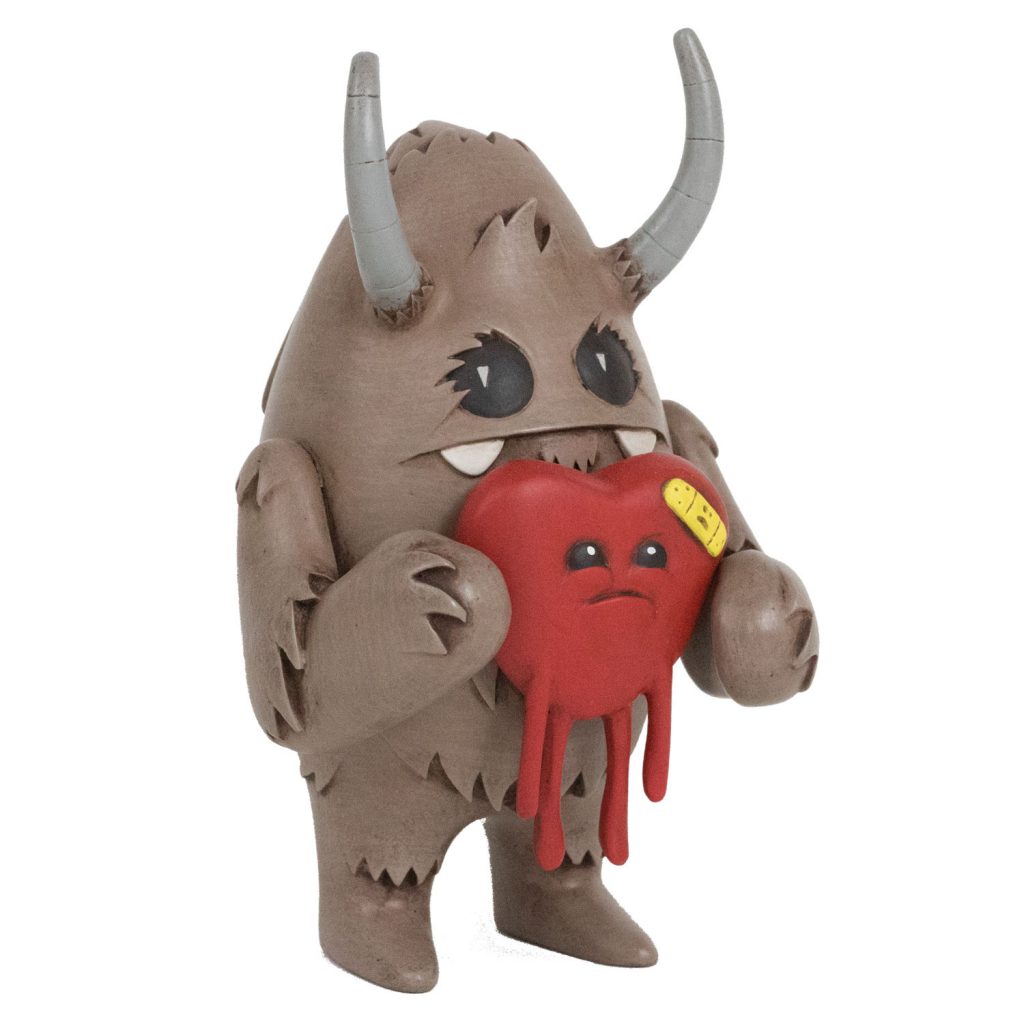 Depressed Monsters partnered with Hot Topic and are donating a percentage of each shirt sold to the Hot Topic Foundation that benefits Mental Health America. You can also shop Depressed Monsters at Threadless, Zappos, Amazon and depressedmonsters.com. Ryan Brunty also released two editions of Yerman in small quantities at DesignerCon and he’s working on bringing Yerman to the vinyl toy medium so more people can have one at home.