Ideas shared in this post do not necessarily represent the values or views of LIBMagazine’s entire staff. It does represent John Milovcic’s views. That is why it is an Editorial. If these views are not held by you let’s discuss it. Leave a message on LIB’s Facebook page.

All photos courtesy of Google

I know this is not what we usually post but it is something that has bothered me for sometime. I’ve kept it to myself for awhile an I couldn’t hold it in any longer. It has to do with marketing. I am subjected to marketing as all of us are. I hate the way it is delivered now days. These are my top picks for worst marketing campaigns/ slogans that are current. 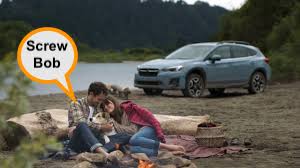 The ones where some jerk off talks casually about camping mountainside or indulging in over privileged ski vacations. We went out camping and while my friend Bob got stuck in the mud, I just hit the gas in my Subaru and took off… Fuck you Bob I’ll see you at the campsite if the wolves don’t eat you overnight. You’re not important enough for for me and my Subaru to care about. By the way yes, your check cleared for the trip last night… Later Bob! 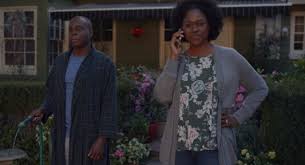 If I have to hear about a fucking “she shed” one more time, I’m going to start breaking shit! Burn down the entire fucking house! I am completely anti Statefarm because of this. The only problem is I hate the other insurance companies commercials too. Standing  in  front  of  the  Statue  of  LIBerty= effective… the first or second time. But there is a something to diminishing returns. Talking about how you killed your car named Brad= I wish Brad killed you!! Don’t get me started on the Mayhem Guy. 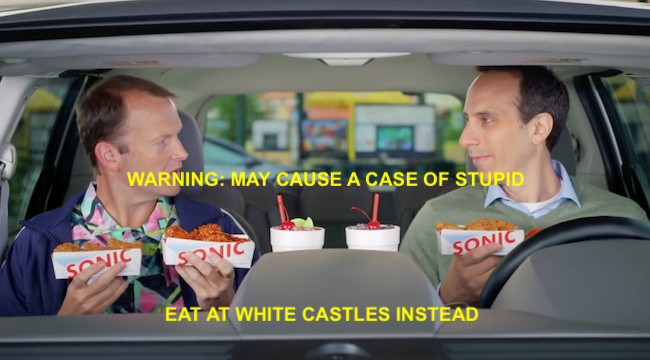 The two moron Sonic customers make me NOT want to go to Sonic. It’s like a warning sign. Caution: May cause mental retardation. Who thought this was a good campaign? Humor only works when It’s funny!

The best or nothing? Really? So owning a vehicle you should NEVER own without a warranty is spewing this shit? Believe me I’m happy driving my Toyota Nothing as they would put it. I also really enjoyed my old Ford Explorer Nothing. The 10 years I owned it, boils down to Nothing. The rest of the radio commercials are even worse than that stupid catch phrase. I like my tag line for MeBe. The Mercedes Benz E350… When Viagra can’t cure your erectile dysfunction. I’d rather the Porsche.

Instead of having an extended bitch fest over commercials, I’d rather discuss cures. In order to discuss cures for a seamlessly nonstop series of shitty commercials, we need to understand the root causes for them. Makes sense right?

In my opinion, and I guess this is debatable. There are a few root causes. The first is I think we raised the bar of expectation far too high. I grew up with clever jingles and other shit that got stuck in your head. Things like Doublemint Gum jingles or the drip sound of a percolator in Maxwell house coffee. Even the Maxell cassette commercial where the guy would play music full blast and blow is hair back. I wish we were back there today.

The other big problem is it seems like everyone went to the same school. This holds true in all forms of business. Profit margins should be this and anything less is unsatisfactory. The idea of following pricing guidelines is not a new concept. Want an example? Every fast food chain offers a dollar menu now. They also offer 2 for deals as well. The King, Clown and Colonel do not want to lose market share.

Multi National Corporations (MNCs) have standardize everything. In order to work one of these corporate jobs you need at a minimum a Bachelor’s Degree. A Master’s is preferable. But having that degree can and probably will strip all creativity from your soul. Do you think Muddy Waters had an MBA?

Lastly, I think a problem is over-saturation. When the big networks were CBS, NBC and ABC air time was limited. Less paid slots meant commercials had to be more impactful. More thought went into them. Also competition was real. Now broadcast TV still include CBS, NBC and ABC, but enter FOX, Cable Television package, 24 hour cable news, ESPN, and the rest of “America’s top 150.” There is no competition. When your network plays reruns of Always Sunny in Philadelphia (I love the show) or 6 hours of Big Bag Theory,(I have learned to hate this show) your priority isn’t talent driven.