You are at:Home»Entertainment»Golden Globes Style – Tweet Lupita’s Glasses, The Gyllenhaals and Work of Zuhair Murad
By: Kelly on January 12, 2015 Entertainment, Fashion & Beauty

The 72nd Annual Golden Globes is one awards show that could not be complete without our two cents on the best style moments of the night. While this was not, in our humble opinion, the best-dressed Globes ever, there were still a handful of luxuriously-composed looks that truly stood out dramatically from the pack.  Not to mention, awards shows make for some great new memes on social media and eyeglasses get their own Twitter.

Lupita Nyong’o The actress’ gorgeously petaled, purple ombre Giambattisa Valli frock might have been seen for miles, just like her matching violet eyeshadow. It was the 12 Years a Slave star’s eyewear, however, that has a fanmade Twitter @LupitaGlasses. This is not Lupita’s first delve into #geekchic at red carpet events.. with a major emphasis on chic. 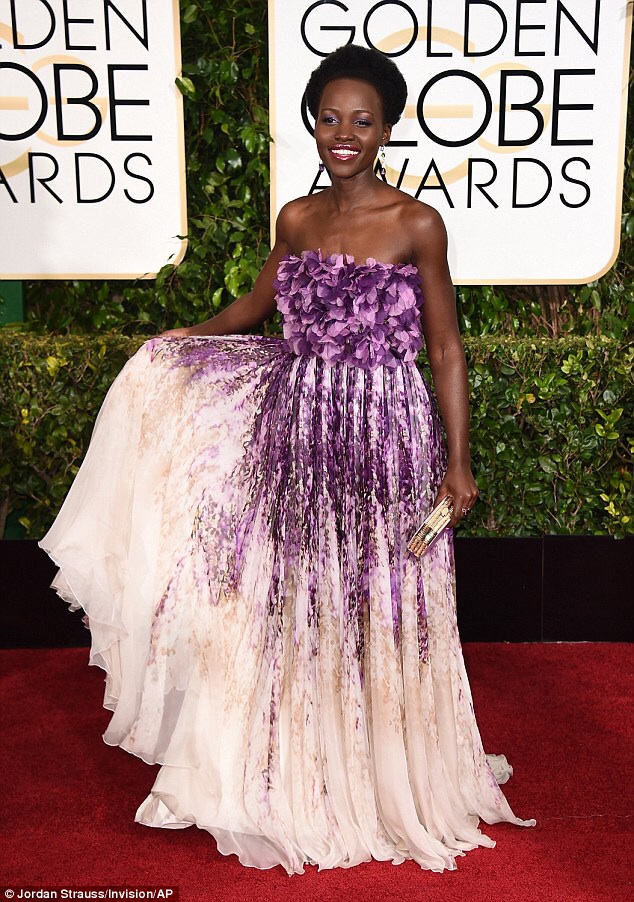 The purse.. the jewelry. 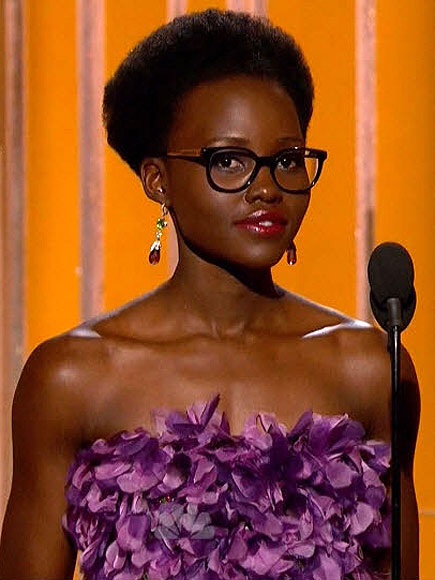 Just About Everything Touched by Zuhair Murad

The Lebanese designer had not one, but two “wow” divas present. Despite memes poking fun at Chrissy Teigen, she and Jennifer Lopez managed to successfully upstage anyone who dared to stand in their vicinity – except maybe John Legend. 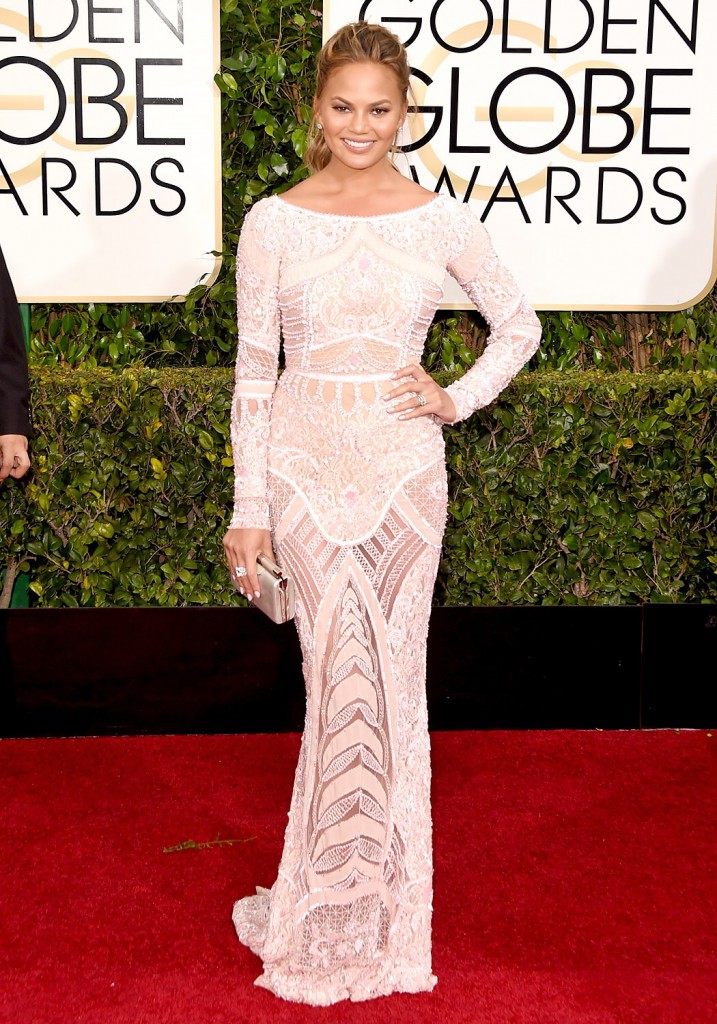 Chrissy Meme-ing Herself with John Legend

“It’s been five minutes and I’m a meme”. The model’s initial reaction when viewers began making fun of her crying during John’s acceptance of a Golden Globe for Best Original Song. Luckily, she and her husband took to Instagram and joined in the frivolity. 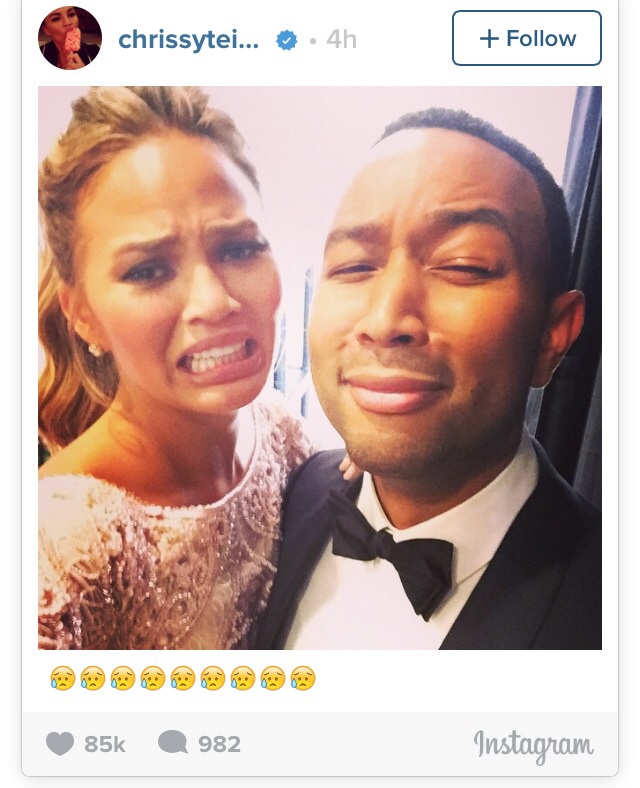 Not much tops two wildly successful siblings who became each others’ dates for the night. Maggie gave an excellent, genuine speech about “real women” in her life and on TV while accepting her award for Best Actress in Honorable Women. As for the style part, well – look at them. 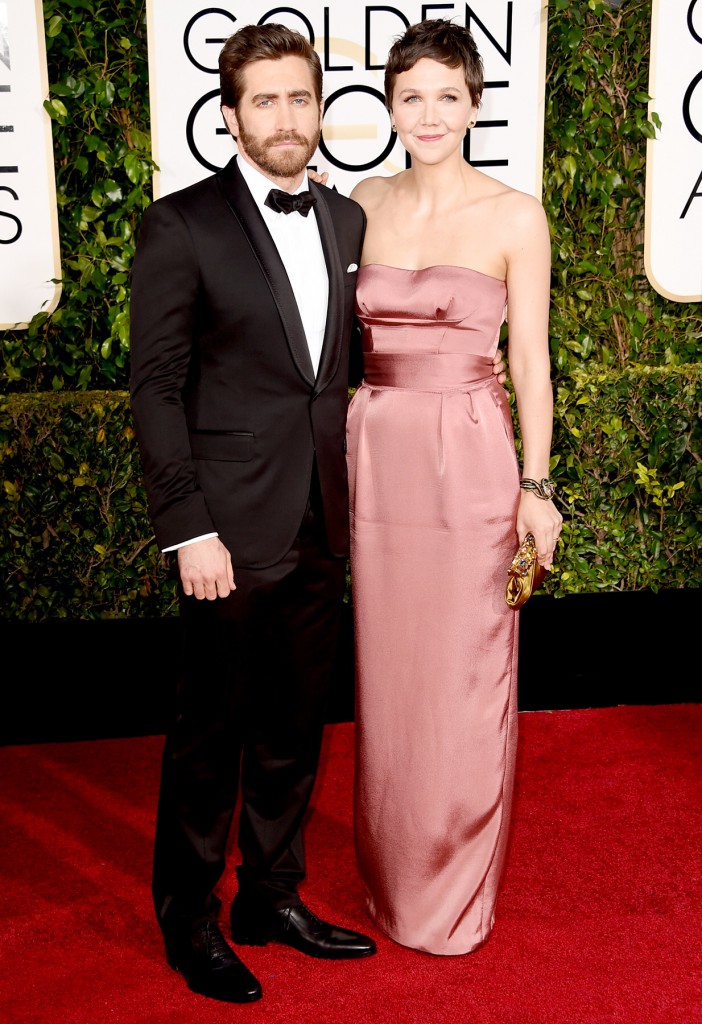