You are at:Home»Nightlife»Hip Hop Legends of the Fall @ NYCB Theatre Westbury
By: John Milovcic on October 8, 2014 Nightlife, Recent Events

Saturday, October 4, 2014 – Old school hip hop can bring on a flood of memories. The scent of coffee brewing or idle chatter as you wake up on a Saturday morning can bring back your entire childhood. A few simple, musical notes brings me back to the early 90’s; a time when I would fall asleep with my finger on the record button of my Panasonic boom box, trying to cut out the commercials during Stretch Armstrong’s underground show.  Last Saturday night, memories such as that came rushing back thanks to LIB Magazine along with Dinner Land and WBLS as we experienced legends of Hip Hop at the NYCB Theatre at Westbury.

The show started with a bang. The one and only Big Daddy Kane Was the first legend to warm up the excited crowd. He brought his Brooklyn flair like only the artist known as “Kane” can do. By the time he got into “Ain’t no Half-Steppin”, the frenzied crowd had already watched a ten-year old audience member breakdance his way onstage admist turntable wizard Mr. Cee, who spun and sang a half dozen other gems. During the finale of “Smooth Operator”, Kane did his patented leg split from above.  46-year old Kane still can dance like he did in the 1990s!! 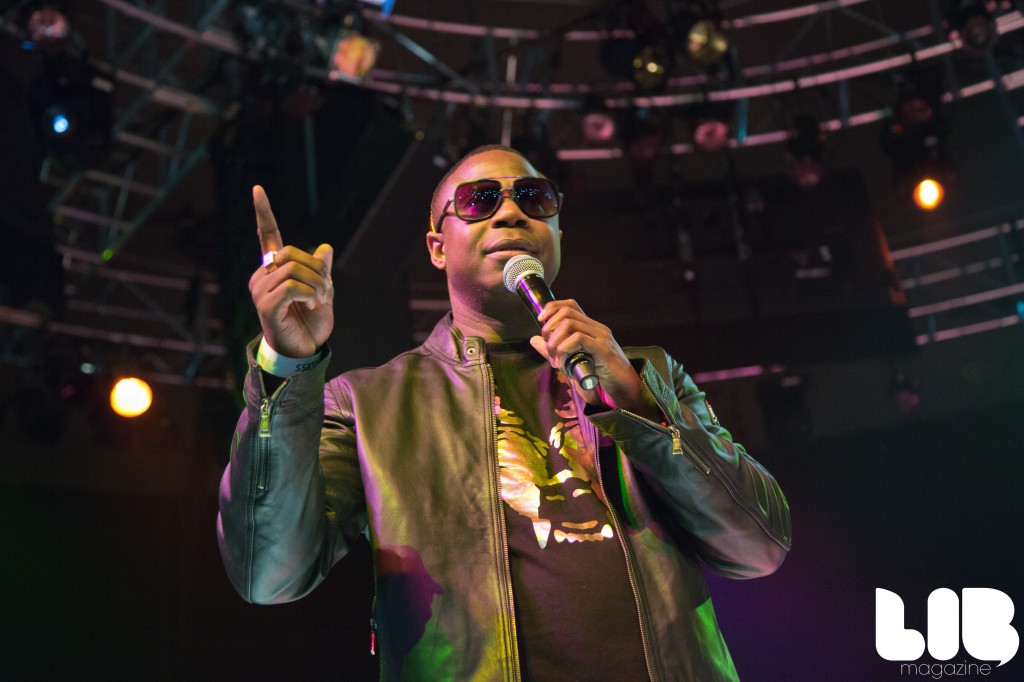 Long Island’s own Biz Markie gave an entertaining, albeit low key performance. Doug E. Fresh and Slick Rick were fabulous. Doug E. broke out the human beat box and just turned it up, reminding Long Island concertgoers he is D-O-U-G-I-E one more time. Rick the Ruler sported his legendary eye patch and just… killed it. I have heard “La-Di-Da-Di” live a number of times, but never by the one and only Slick Rick before this night. It is probably still my second favorite hip hop song all time. Rick’s silky smooth storytelling style combined with Doug E. Fresh’s booming beat box is the perfect pairing. “LA-Di-Da-Di” transitioned smoothly into “Children’s Story”. Superstar Rick broke out the big gold chains and began with the iconic lyrics of “Once upon a time not long ago…” Yesss! 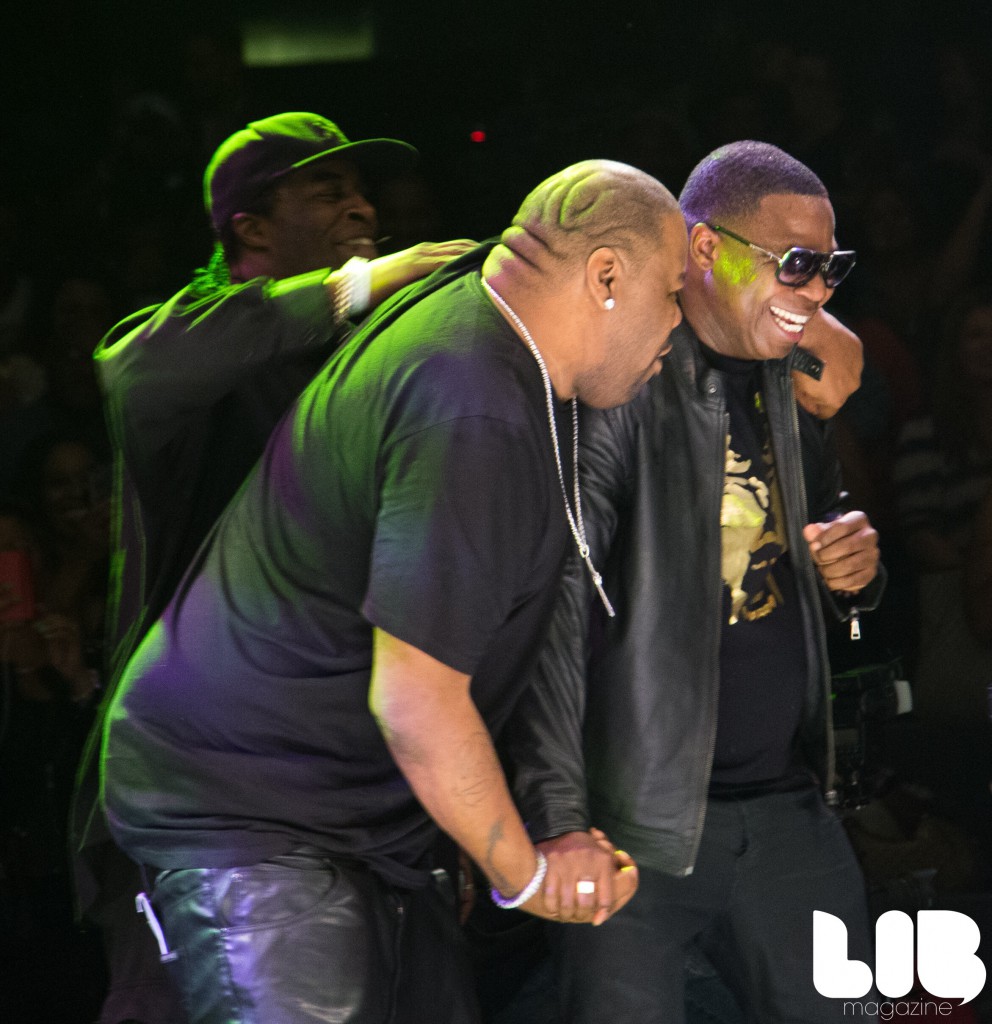 It’s all love and legends. Biz Markie and a shaded Doug E. Fresh, who later showed off his beatbox talents with Slick Rick 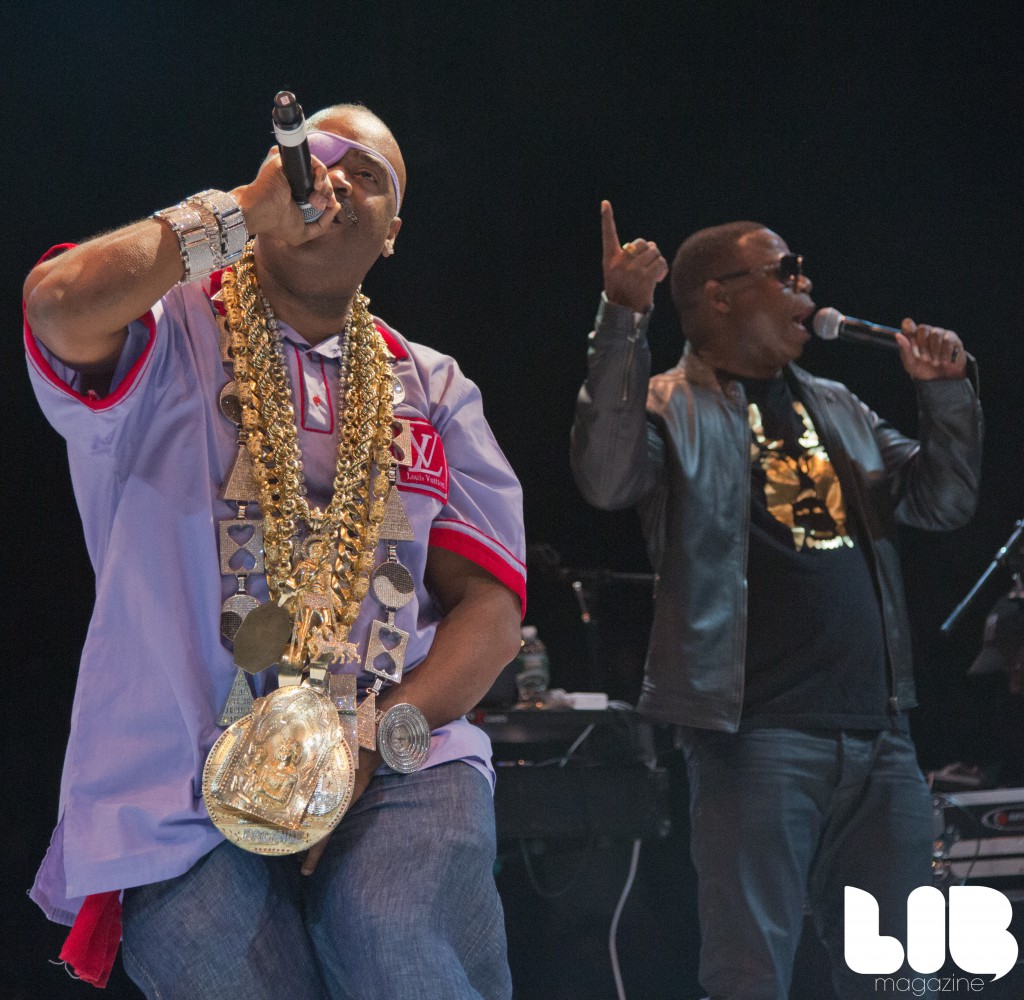 After the show, I discussed the performance between Slick Rick and Doug E. Fresh with friends. In my humble opinion, Doug E’s human beat box paired with Slick’s lyrics that evening reached the level similar to Sammy Davis Jr. – who decades earlier, performed a simple combination of drums with his vocals. Acoustics such as this became industry standards for greatness. Much like Davis, Jr. was arguably the most talented of the Pat Rack members, Doug E. Fresh’s beat box and Slick Rick storytelling eclipses most old school hip hop artists. Their styles truly set them apart. 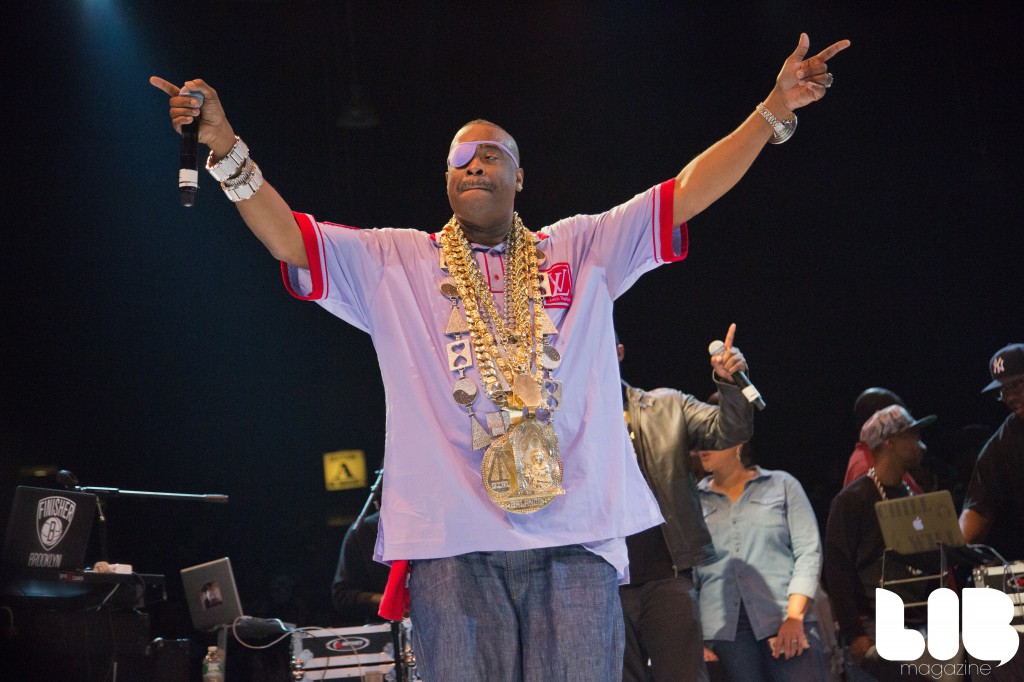 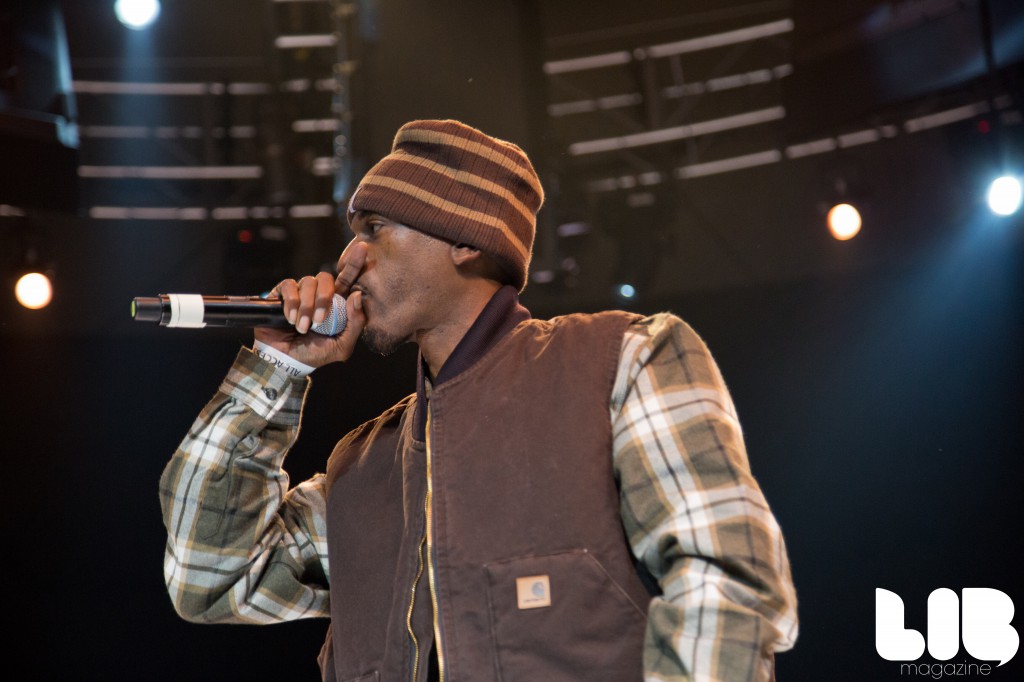 Rakim is the legendary maestro of hip hop then and now. 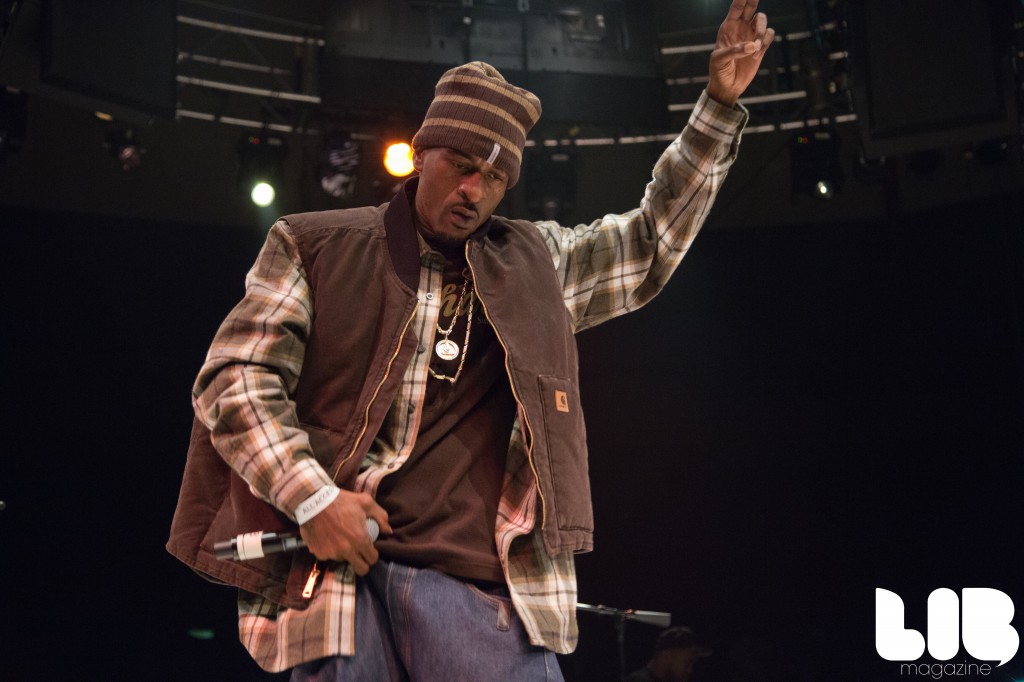 The show ended with Wyandanch’s own Rakim. How do I feel about him? Well, this hip hop artist was half of the greatest duo ever created (the other half being, of course, Eric B.). On this night in Westbury, Rakim’s lyrics returned home. This hip hop legend was the Notorious B.I.G. before Biggie. When L.A. “Gangsta Rap” hit the airwaves, all was well on the East Coast because we still had Rakim. Make no mistake: Rakim is the most talented MC the East Coast ever produced!

Why do I feel this way? Rakim’s technique is flawless and hard to reproduce. His multi-syllabic repertoire for rhyming is both intensely complicated and simply appealing. Rakim is the King of Old School Hip Hop. The King’s crown, without a doubt is, “Paid in Full”. If you ever need inspiration to get through the day, the aforementioned track is what you should listen to. Rakim is to music what Ritalin is to focus, so to speak.

Each of the hip hop legends told their stories in a way that is stronger than most. Most “old school” tracks are now considered party music – something we can sing along to. The music is familiar, like something used to bring neighborhoods together at a block party. It brings us back to an easier time: Before kids, mortgages and responsibilities. Last Saturday night, the rap legends brought us back to a period much less extreme; a time much larger than mundane life as we know it.

Special Thanks to LiveNation and NYCB Westbury for a stellar night!