You are at:Home»Art & Music»IndiMusic TV Catapults Independent Artists to Fame
By: Kelly on March 13, 2015 Art & Music

“[People do not realize] the lifelong sacrifice and hardships artists embrace to bring their dreams to life. They deserve a place to possibility make a living and carrier doing what they love by monetizing it via the Internet.”

When Chris Pati decided to launch IndiMusic.tv, his mission was to give independent artists an outlet for development without the stifling grip of  being signed to a record company.  The 35 -year veteran producer is no stranger to the challenges up and comers face — hence why his project is focused on giving indie artist the power to promote and monetize their music to a hip global audience.

Indimusic TV was first launched on Sept 15, 2012 with a 20-30 artist roster, but has since grown to become the largest social network for indie music spanning through 260 countries.  Chris attributes the growth to Indi’s unique way of “[of giving]musicians an opportunity to garner new audiences and “fine tune” their craft through music and merchandising.”  Indimusic TV employs  a “focus group” type of process that allows artists to reconnect to audiences without heavy costs of promotion.

What inspired you to create IndiMusic TV?

Inspiration comes from frustration! Sites such as YouTube are considered videos on demand (VOD) and very little of it is great independent music. Same with Pandora, Spotify and iTunes who give you a generalized playlists of artists they want you to hear. Money doesn’t go to the artists. Problem is these big companies also have huge costs for bandwidth, etc. and they justify not paying the artists as a result.

CP: After three and a half decades, I have seen the music industry and it’s artists going through all the physical processes of promoting music: In-person meetings, selling actual mixtapes and CDs, etc.  Now, because of the internet, technology has forced record labels to rethink their strategies and focus on digital sales.  The goal and mission of IndiMusic.tv is to give independent artists the power to market and promote music globally, and even monetize it while doing so. 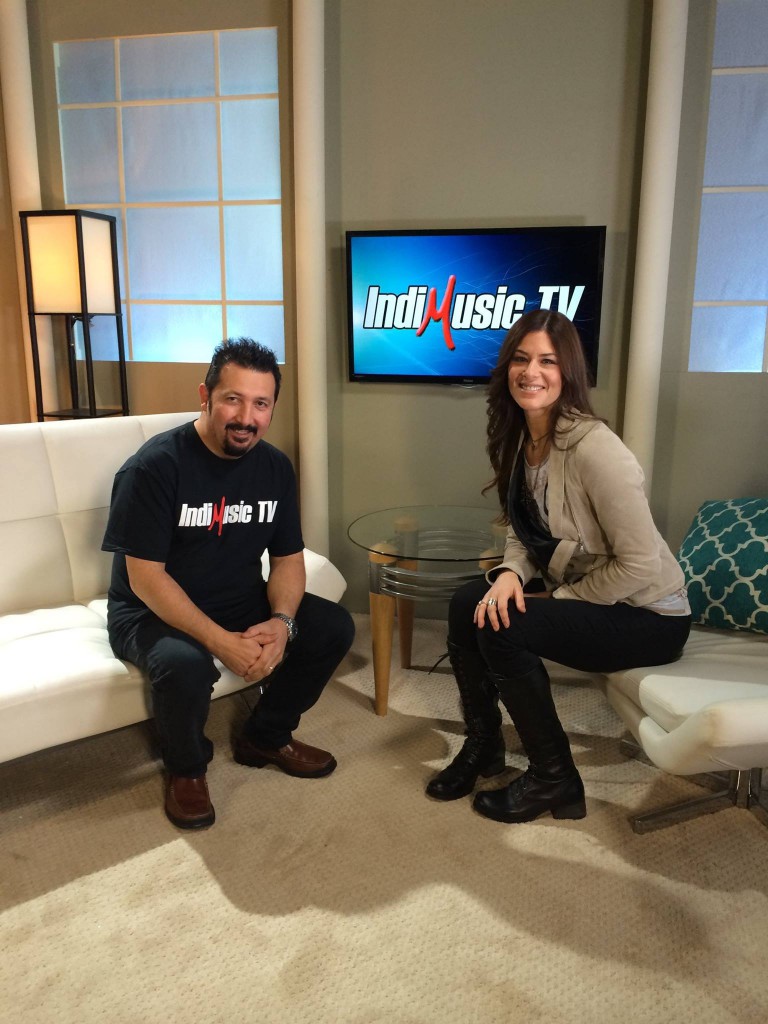 How does the site work exactly?

CP: Every artist creates their social broadcast community with their own profiles and friends [similar to Facebook]who have the ability post comments and praise.  IndiMusic TV also has a 24/7 broadcast network, meaning we choose the “best of the best” artists to be shown on our front page broadcast, regardless of how long they have been with the site.

The yearly fee for the site is $29.95; artists can also sign up for a free upload. Even a single video has a chance to go viral on IndiMusic.tv! Free artists have the same opportunity as platinum account holders have and [unlike other networks]get the same exposure every one else gets. Since unsigned artists are often working with limited budgets, the chances of having your music seen are based on talent, not fees.

CP: We connect artists with pros who are constantly in search of indie songs for use in movies, gaming, reality TV and the like. Uploading original music can get your song (or songs) featured in the next big video game or hit show!

IndieMusic TV gives each artists a “LIVE EPK” which puts a small ad on each video directing audience to artists’ links. For using the video as promotion on the site, artists gets opportunity to market their music and make all of the money.  With mainstream media, an artist like Pharrell will only get about $4K for 52 million plays of “Happy”! We also strive to share ad revenue for the artists.

IndiMusic TV has been getting some impressive attention of the mainstream audiences, too..

CP: At first, people didnt “get it” – but now Comcast and Dish Network are coming to me for television projects. Why? Because we are a site who actually plays music, unlike other stations that used to be music channels, but have become reality TV networks.

Upon catching up with a contact through Linkedin, I was able to license episodes of A&E Private Sessions, which led to phone calls willing to look at my channel. It’s amazing! Indimusic started on the internet, and now TV is coming after the content through the worldwide brand that is IndieMusic.tv.

We also created a top 21 show with Lynn Hoffman (of A&E Private Sessions) as the veejay.

Are you discriminating? What are the artist requirements?

CP: Anyone can upload but it doesn’t mean it will get into our broadcast. Major labels now wait for artists who “blow up” on Youtube or other sites, while the artist is still unsigned. There is no “real” place to break talent; we like giving artists every chance to put his or her best work forward.

What is the future of IndiMusic?


CP: To be what MTV, even the Johnny Carson show used to be: Iconic. We want to be the place where people will find great artists, and let others know how to improve. We want to be THE place to see new talent and let artistsgarner a career for themselves.

I would like to break into Indie Fashion, Indie Sports, Indie Comedy sketches, Indie documentaries, Indie Art, etc etc. People expect everything to be free, and do not realize the lifelong sacrifice and hardships artists embrace to bring their dreams to life. They deserve a place to possibility make a living and carrier doing what they love by monetizing it via the Internet.