You are at:Home»Sports»Isles Win in North Carolina: Recap and Analysis
By: Matt Saidman on February 17, 2015 Sports

After an emotional loss to the Rangers Monday night, the Islanders rebounded with a commanding 4-1 win against the Carolina Hurricanes on Tuesday. The victory give the Isles 77 points, just one behind the Montreal Canadiens for the Eastern Conference lead. 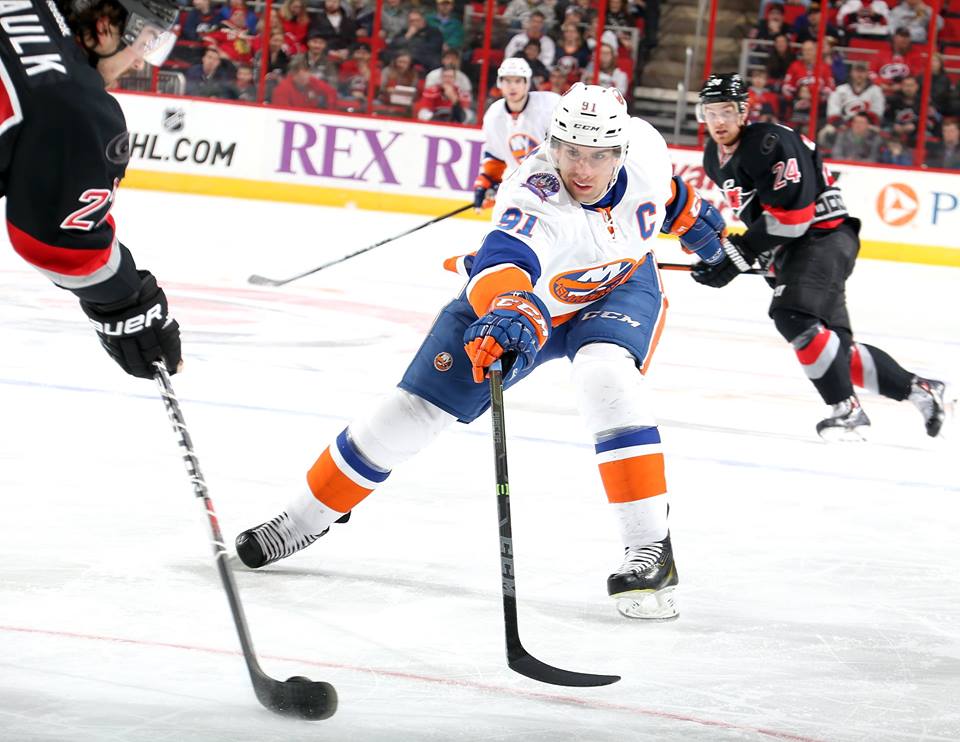 There were a few changes in the Isles’ lineup Tuesday night, as the team has been banged up lately. One change was the goaltender: Chad Johnson started in net for a tired Jaroslav Halak, who played the Isles’ last five games and faced 42 shots Monday night against the Rangers. Johnson was the obvious choice to start Tuesday.

Johnson played well, stopping 37 of the 38 shots he faced. The only shot that beat him was a quick one-timer from Jiri Tlusty. Johnson was poised, handling the puck well around the net, and he gave his team a chance to win. His positioning was sound and his movements were economical. 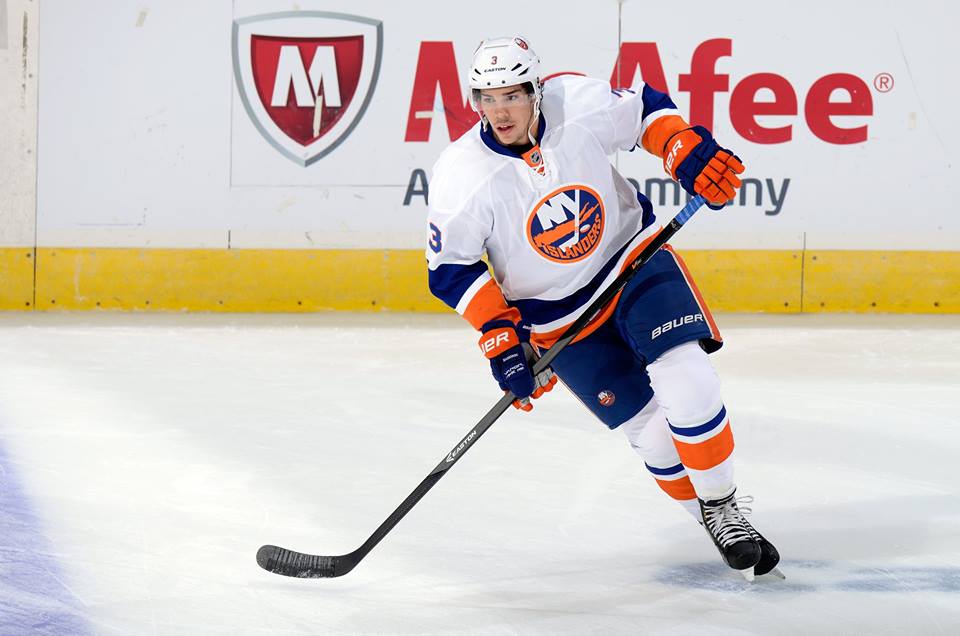 Johnson appeared to get beaten by Nathan Gerbe in the third period, but the play was whistled down for a high stick: Gerbe deflected the puck with a stick above his shoulders and then shot the puck into the net. The referee at the net immediately waved the goal off and proceeded to discuss it with his partners.

After a brief review, the officials declared it a non-reviewable play. This is because the play was technically dead the moment Gerbe touched the puck to shoot it into the net. If the puck had been played directly into the opponent’s goal, or off an opponent on its way into the goal, THEN it could have been reviewed by video.

Michael Grabner and Calvin de Haan both returned to the Isles’ lineup. de Haan played solid defensively for almost 17 minutes of ice time and was a plus-2 on the night, and Grabner scored his seventh goal of the year in his best game of the season. His speed was on display every second and helped stretch the ice for the Isles every shift.

Brock Nelson’s scoring ability was also a welcome return to the Isles. The second-year player broke an 18-game goal scoring draught with his 16th goal of the season, to put the Isles up 2-1. That goal ended up being the game-winner.

+ Grabner was absolutely flying tonight. He had two breakaways and buried one of them. His speed was effective in killing both penalties the Isles took.

+ The Isles’ penalty kill, helped by the return of Grabner, was perfect again and looked more comfortable. It’s been more aggressive and has been challenging power plays units.

+ Frans Nielsen and Ryan Strome are developing serious chemistry together. Both are smart pass-first players who think the game similarly, and they feed off each other’s hockey sense.

+ Colin McDonald continues to be effective. He blocked a shot at the end of a long shift in the second, and his work against Tim Gleason in front of the Hurricanes’ net created the time and space for Nelson to score his goal.

The Isles take on the top team in the NHL, the Nashville Predators, Thursday night at the Nassau Coliseum.