You are at:Home»Art & Music»Marky Ramone reveals all in Punk Rock Blitzkreig: My Life As Ramone
By: Lauren Jablonski on February 2, 2015 Art & Music

​Marky Ramone, the drummer and only living member of the punk rock band Ramones gave LIB Magazine an exclusive interview about his new memoir Punk Rock Blitzkreig: My Life As A Ramone.

What inspired your to share both the bands highs and lows in your tell all book?

Marky: Well, being an inside member it was the right time because I read all the other books and this one is the most comprehensive and valid.  I was in the band for 15 years and did 1700 and I was there in the 70’s. It was time to talk about the fun, the weird times, things that happened in my life from the beginning when I got into the music business up to now.

What are the most valuable lessons you learned being part of The Ramones?
Marky: (laughs) Even though you are all different, you got to get along and the music comes first. When you walk on the stage you have to leave any differences off the stage so you can do your best up there.

In the book you refer to The Ramones as a” dysfunctional family that functioned really well” and bordered on being a happy family. How did everyone deal with all the personality quirks within the group?

Marky: You got to observe people; being in a 15 passenger Ford Econoline van during the United States and doing all those shows, you adapt. I always tried to get Joey and Johnny together because they never liked each other. I guess you can say I was the buffer. Ninety percent were good times and 10 percent was like being in a family. They were brothers, they were bandmates and obviously bandmates and brothers in any business have verbal confrontations. Ninety percent of the time was a lot of fun. 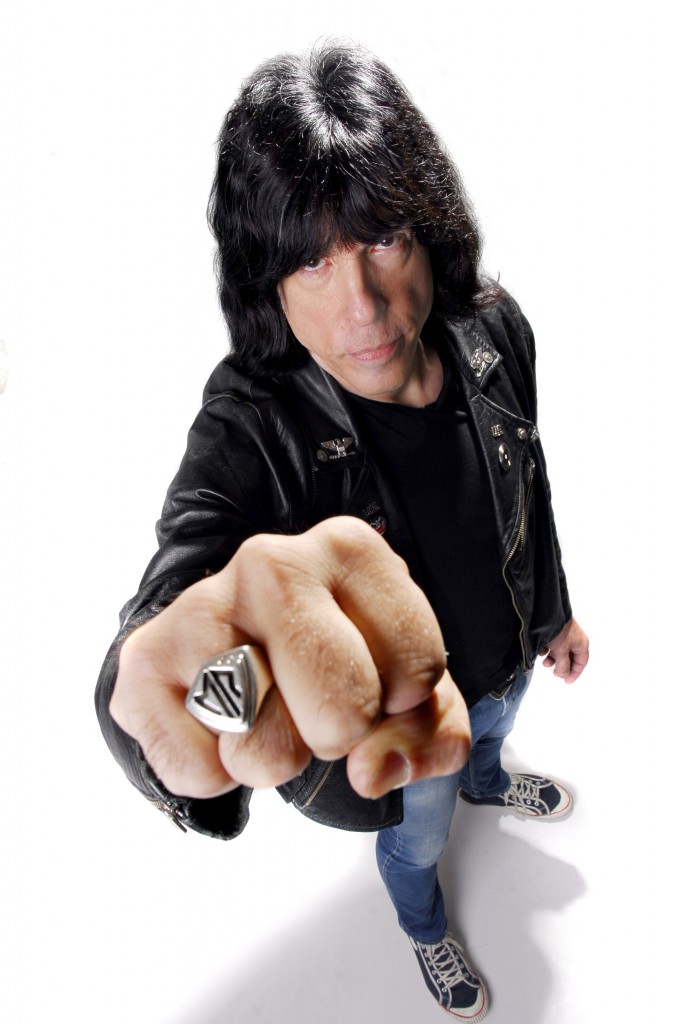 You discussed in your book how during the MySpace days many people circulated false rumors of why Johnny was sick.  Was this book a way to finally set the record straight?

Marky: People were spreading rumors about Johnny’s illness and I thought it was innapropriate. It was wrong because they did not know the facts; I did. After reading all these things on MySpace I took it upon myself to let the world know what was the matter with him to stop all these rumors. Things on Myspace and Facebook can get pretty vicious there are always trolls on these things – so they were making up reasons why he was sick and I got disgusted. I went on

to protect my friend’s problem.

The book discussed your struggle with alcoholism and how AA helped you become sober.  What advice can you give current bands so they don’t fall down the path of alcoholism and drug use?
Marky: Just don’t do it, I mean put it down. People can be obsessive and they can get addicted quick. The most important thing in a band is to rehearse, to get along with everyone in the group, like the same music, keep rehearsing and to keep away from those temptations. I never smoked cigarette, I never did hard drugs, so it was mainly the beer after awhile. I went away to straighten up and realized what was more important. I could either continue to drink and get headaches or follow my dream, I preferred following the dream. Drinking can make you sad, it can give you attitude and I didn’t want to go that way.

“Green Day, Rancid, Joan Jett, Pearl Jam and U2 started because of The Ramones.” 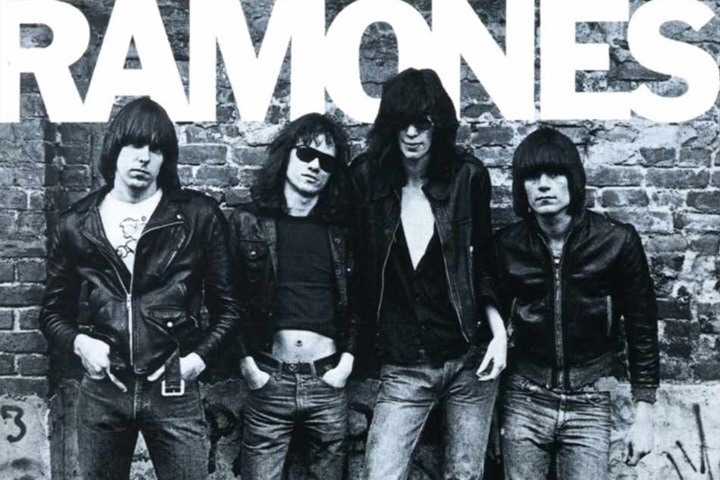 How do you feel about the punk scene becoming more commercial and less DIY?

Marky: It’s a commodity, punk rock is another part of rock and roll the minute you sign that contract, record, and put out your first album you are a commodity in the world. Punk Rock basically is still the same. You make a record, you have merchandise, you tour, you do interviews. Punk really hasn’t changed, the lyrical content is still the same, technology changes. The newer bands who were influenced by The Ramones, The Clash, and The Sex Pistols still sing about politics, unemployment, poverty, fun times, boyfriend-girlfriend things, and school so nothing in the lyrical content has really changed.

In 2013, the pop punk band New Found Glory released a Ramones tribute album Mania.  What did you think of this album and how do you feel when other bands cover Ramone songs?

Marky: That was great, to see any band take the time and effort to do a Ramone album or even one song. Green Day, Rancid, Joan Jett, Pearl Jam and U2 started because of The Ramones. It is a great feeling to know all these groups were influenced by us and took their time to rehearse and studio time to do these songs.

The Ramones helped pioneer so many bands within the punk genre, what current punk bands get the Marky Ramone stamp of approval

Marky: I have my own radio show on Sirus XM, it’s all about punk. I like a lot of new bands The Loved Ones, Riverboat Gamblers, The Gallos from England, I like what the individual members of Rancid are doing, you got keep your ears open there is a lot of good stuff

When CJ replaced Dee Dee in the band, you discussed how he had to learn to “be” Dee Dee. Besides image, what else were the most important factors in replacing members?

Marky: Dee Dee’s shoes were very hard to fill, CJ basically was a sideman but he did some good things. We needed a replacement quick he was local, he wasn’t from another state, and he was available. He practiced in front of the mirror and tried to emulate Dee Dee.

What’s next for Marky Ramone?

Marky: I am going to do a world tour again with Andrew WK as my singer and we are going to continue doing 36 classic Ramone songs, the songs are too good not to be played. I feel it is a great thing to do because the songs are fun to play and I did 9 studio albums with them and 1,700 shows. Being in the group for 15 years I feel like it is really up to me at this point to continue this.

On Tuesday, February 3rd at 7pm, Marky Ramone will speak and sign his book Punk Rock Blitzrieg at Book Revue in Huntingtonon’t miss the chance to meet this punk rock legend!