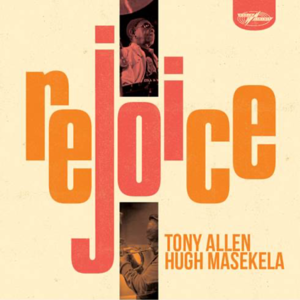 “It was already a tough brief to remix two such important and wonderful musicians,” comments Herbert. “Before Tony died I was trying my best to make it upbeat and celebratory. But after his sudden passing, all I could hear was his absence. I started on the night I heard the sad news. The mix is in memory of Tony, an inspiring and generous musician.”