You are at:Home»Entertainment»Travel and Leisure»NYC Jet Ski Tours – A New Way of Sightseeing in New York
By: Donny Korpi on July 29, 2014 Travel and Leisure
As a jaded, lifelong New Yorker I thought I’ve done it all in New York.  That was until Empire City Watersports allowed me to join one of their jet ski tours of downtown Manhattan.   It sure seemed like a unique perspective for viewing some of NYC’s top sights including The Statue of Liberty, Ellis Island, and the Brooklyn Bridge.

The day started by pulling up to the docks, which were fairly easy to find thanks to clear signage pointing the way.  Once I made my way onto the docks I was greeting by company owner and my tour guide, Michael.  Michael was very kind to me and the other guests as he was going over preparations and teaching the basics of how to ride.  Once he finished, I felt very confident I was ready to hit the water. 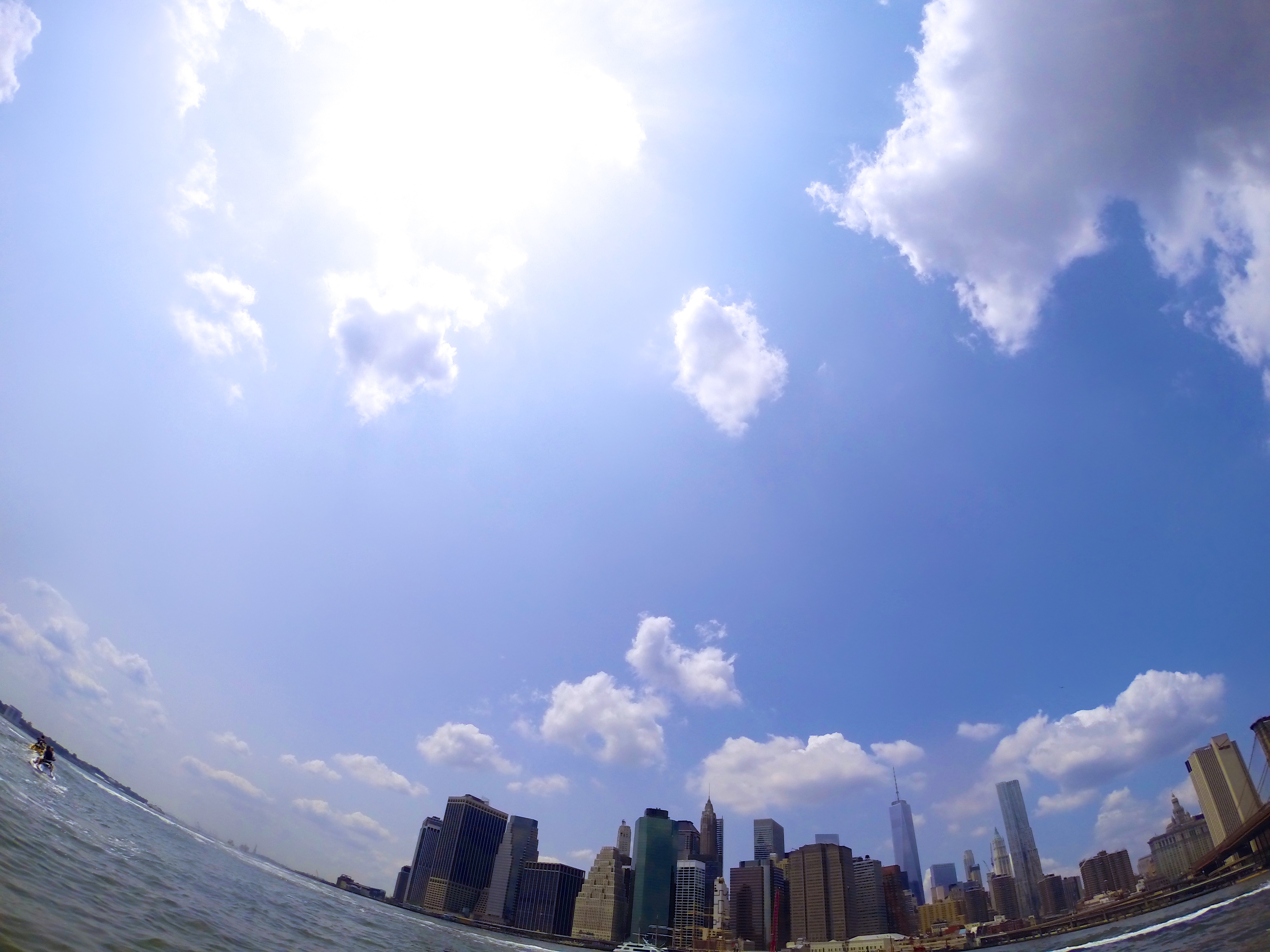 Every jet skiing experience I had in the past consisted of riding within a confined area.  You go to one side, then back across the other.  As much as I enjoy riding a jet ski, it can get old fast.  This was nothing like it.  Once we cleared the marina, we set off full speed to the Verrazano Bridge.   The tour also had a second guide trailing the group in the back, allowing more experienced riders the freedom to go as fast as he or she wanted.   Still, those who were not as comfortable could easily take their time. 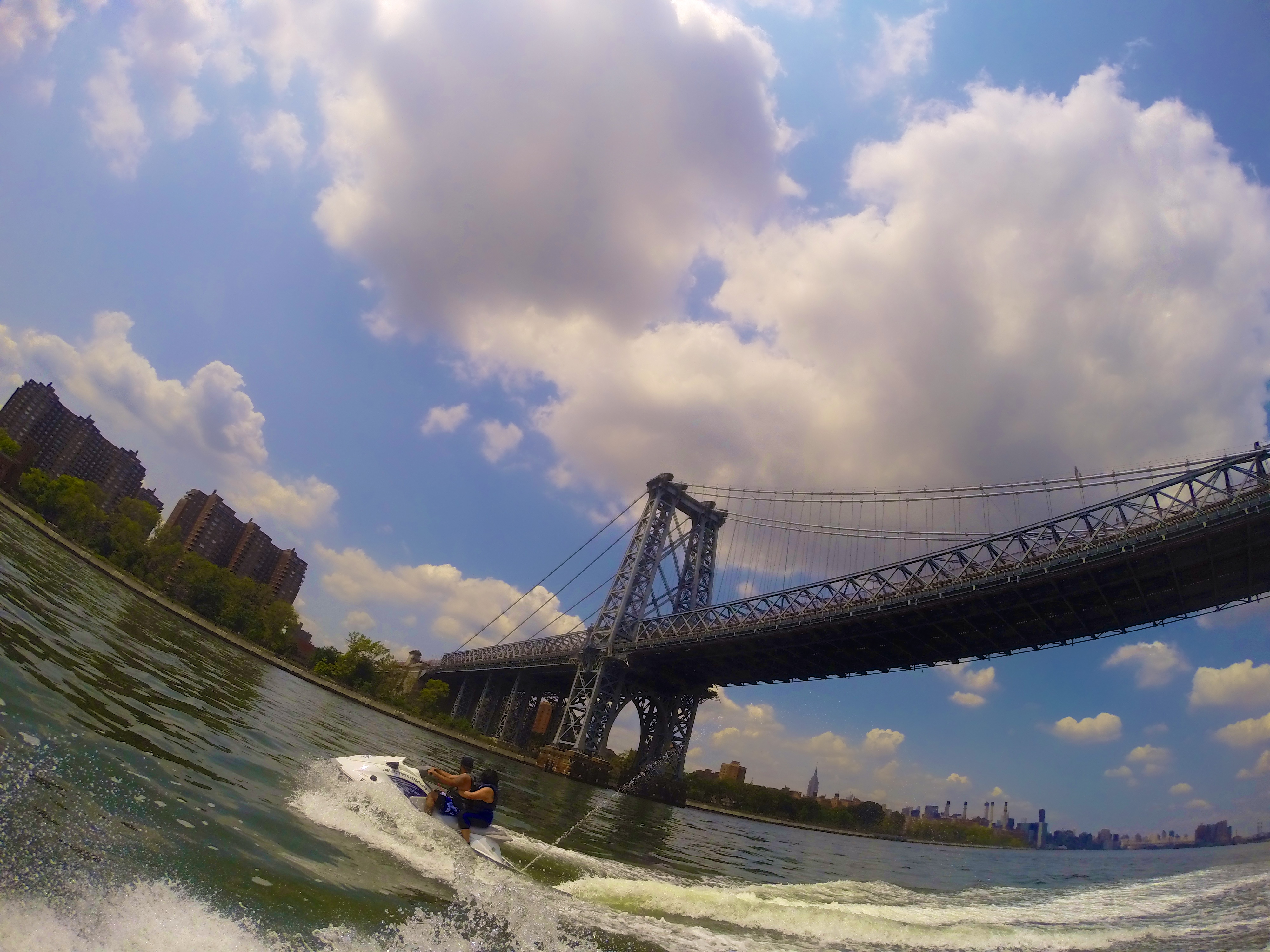 Upon reaching the Verrazano Bridge, we all stopped to regroup and enjoy the first stop on the tour.  Viewing New York City and it’s landmarks from a jet ski will give you a new appreciation for what the town has to offer.  We take for granted the beauty of the science, engineering, and craftsmanship that went into building these bridges.  It’s hard to appreciate when you’re stuck in traffic, looking through a windshield, worrying if the driver next to you is going to cut you off.  I sat directly under the bridge and was just in awe.  It’s hard to find words to describe sitting underneath such a colossal structure.  I have a new found appreciation for bridges now.

Next up was the Statue of Liberty.. but first we had a lot of open waters to navigate.  I passed all kinds of boats: Speed boats, commercial boats, ferries.  I felt like I was on the motorcycle of the sea.  When we arrived at the Statue of Liberty again I was in awe, but this time it felt extremely surreal.  I’m so used to seeing the Statute of Liberty on TV, media, and merchandise — all of which do not give it any justice.  I rode right up to the front of the statue and looked her right in the eye.  Then I noticed all the people standing in line to get a closer look.  I did not envy what they had to do (and pay) to get “up close” to the statue only to be rushed, overcrowded, and too close to really see it.  Before we left, our tour guide took a photo of each jet ski in front of the Statue of Liberty, along with every other spot on the tour.
After Liberty came Ellis Island and Governor’s Island.  While they were both nice to see, I couldn’t help but be focused on the breathtaking view I had of downtown Manhattan.  I felt like I was looking at a painting.

Finally we made our way to the Brooklyn and Williamsburg Bridges.  The Brooklyn Bridge in particular has that vintage look you arguably need to view from a jet ski.  Again, we paused for photos and were given time to take in the awe of our incredible views.  I was able to see most of Williamsburg and downtown Manhattan.  Only one snag occurred in our tour: The rear tour guide’s jet ski picked up some debris that postponed our return to the docks.  While they were working on the damage, it gave me a little extra time to roam around so I really can’t complain.

When got things going again, we had a straight shot back to the docks.  This was the best time to really catch some speed!  I’ve been on the jet ski for awhile now, I feel more comfortable and I was ready to see how fast it could go (and it goes over 50mph). 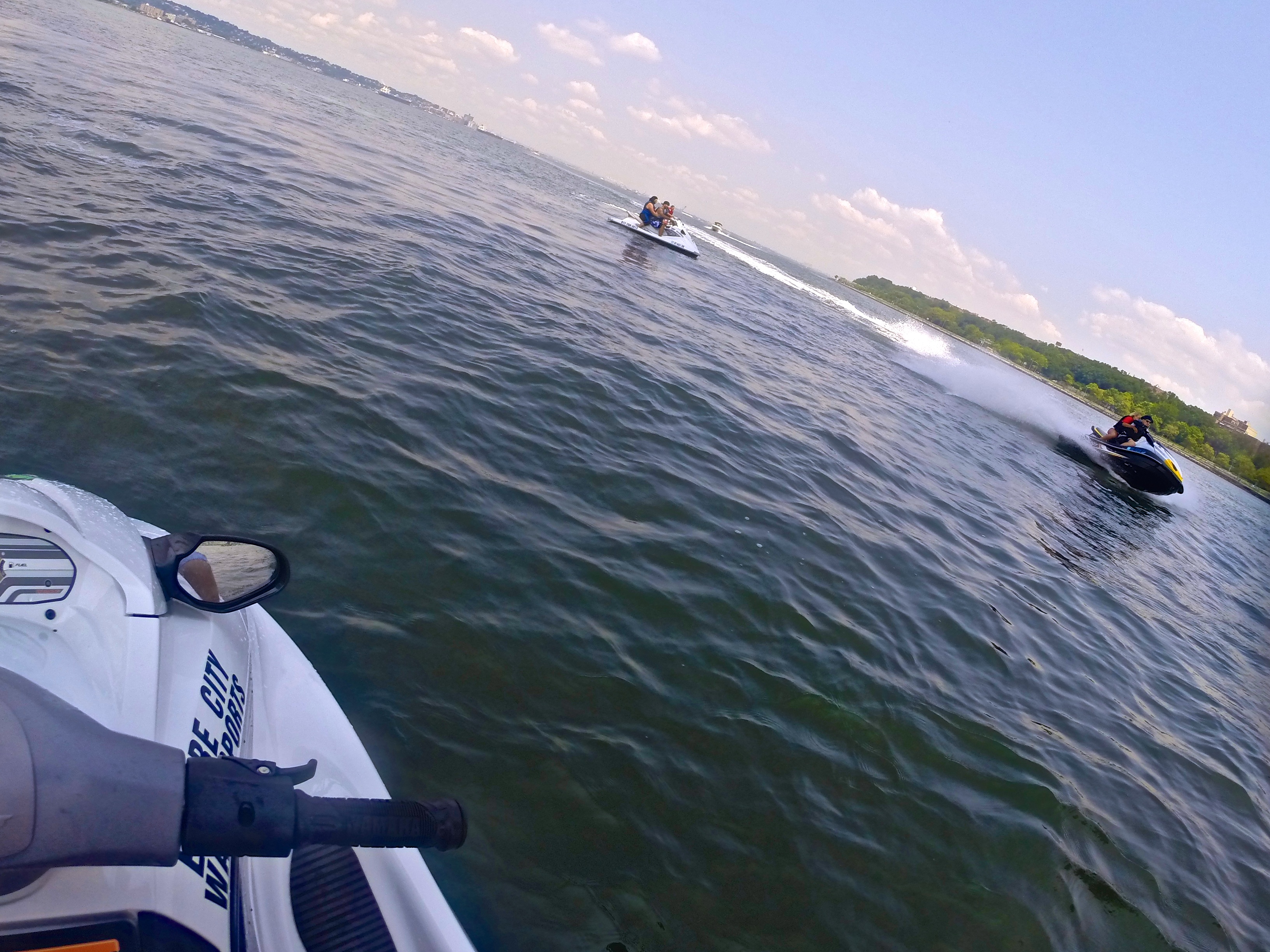 Empire City Watersports are currently offering some great deals on Groupon starting at $99; check it out for an unforgettable experience.  Whether you’re looking for a new way to see New York City, a chance to rent a jet ski with some freedom, or both, you’ve come to the right place.  They will treat you well, make sure you’re safe, take photos of you and upload them to you on Google Drive the same day. It’s a 5-star service I highly recommend.  Find out more information on Empire’s website, http://www.empirecitywatersports.com.