You are at:Home»Nightlife»NFG Release New Video “The Last Red-Eye”
By: LIB Staff on June 21, 2021 Nightlife

New Found Glory announced the deluxe version of their 10th album, now called Forever And Ever x Infinity…And Beyond. The new and improved version features 6 new songs including,  “The Last Red-Eye”, “The Devil Has Many Faces” and “New Abnormal” all written during the pandemic. This album also includes “Ferris Wheel” and “Backseat” which were ideas that were never completed from the original album sessions and a rework of “Puzzles” 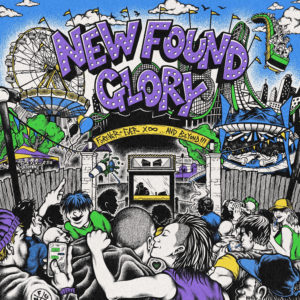