You are at:Home»Sports»NY Cosmos roll past Rowdies
By: LIB Staff on May 23, 2016 Sports

Goals by Yasmani Duk and Ruben Bover late in the first half helped the New York Cosmos rally from an early deficit to beat the Tampa Bay Rowdies, 2-1, at Hofstra’s Shuart Stadium Sunday night. 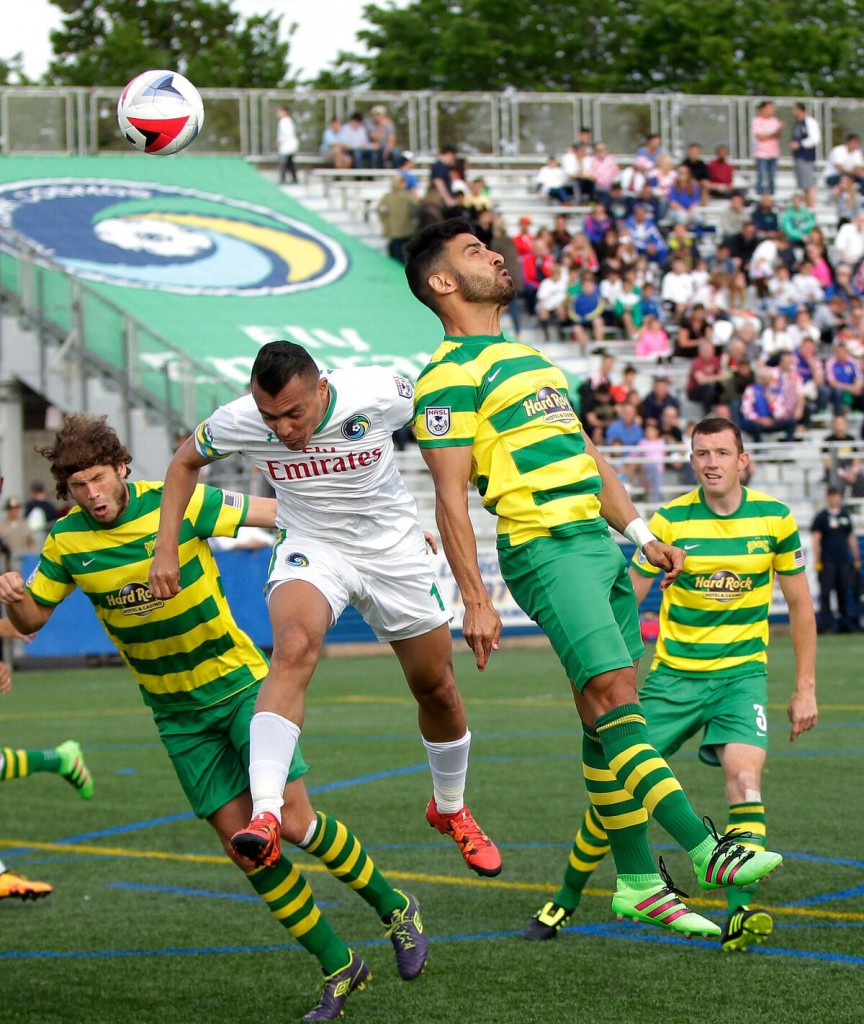 The victory catapults the Cosmos back atop the NASL Spring Season Standings with 15 points, one point clear of FC Edmonton, which defeated Carolina earlier in the day. Tampa Bay remains in sixth place, level on nine points with Fort Lauderdale.

“We scored two fantastic goals. The important thing is that they scored the goals and that those goals gave us the three points,” Cosmos Head Coach Giovanni Savarese said. “We created many opportunities and were aggressive today.”

Tom Heinemann gave Tampa Bay (2-3-2) its first first-half lead of the season with his fifth career goal against the Cosmos. On a quick counter, Kalif Alhassan played Heinemann behind the Cosmos defense and, after taking a touch, the center forward put a low shot from 20 yards inside the far post for his second goal of the season. 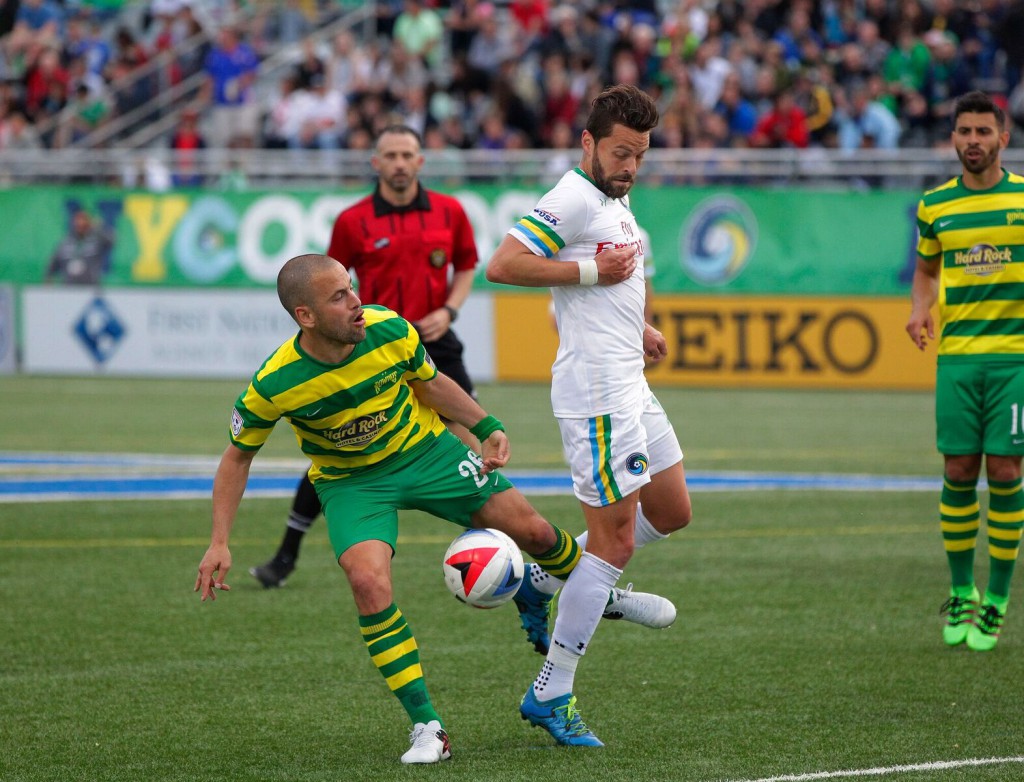 It was the first goal the Cosmos (5-0-3) conceded at Shuart Stadium this season, a streak of 378 minutes.

The Cosmos responded to their first home deficit of the season with a pair of goals in an eight-minute span late in the first half to take a 2-1 lead into the locker room.

Duk completed a quick succession of passes by tapping in a cross from Juan Arango for the Bolivian international’s first goal in a Cosmos uniform, equalizing in the 32nd minute. 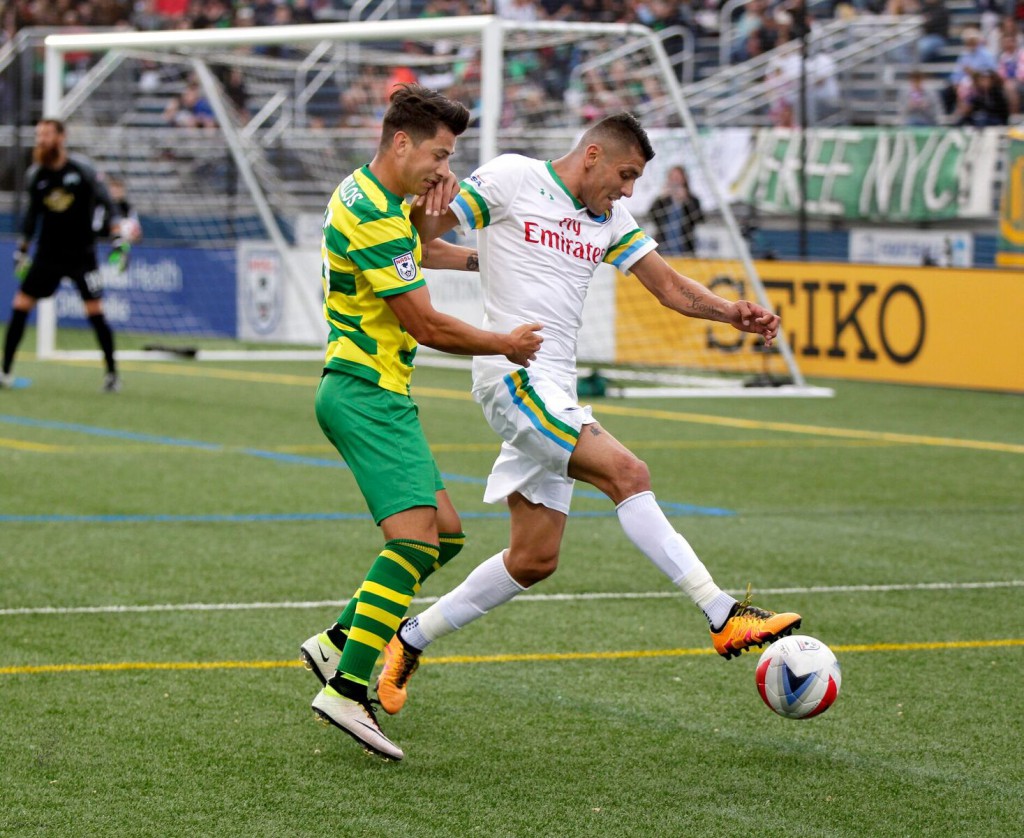 Arango picked up his second assist of the first half when he played a perfect ball to Bover, who placed a full volley inside the far post from the edge of the six-yard box. The wonder strike gave the Cosmos a 2-1 lead five minutes from halftime.

The Cosmos nearly added onto their lead on the hour mark when Sebastián Guenzatti latched onto a Yohandry Orozco cross, but put his glancing header wide of the net. 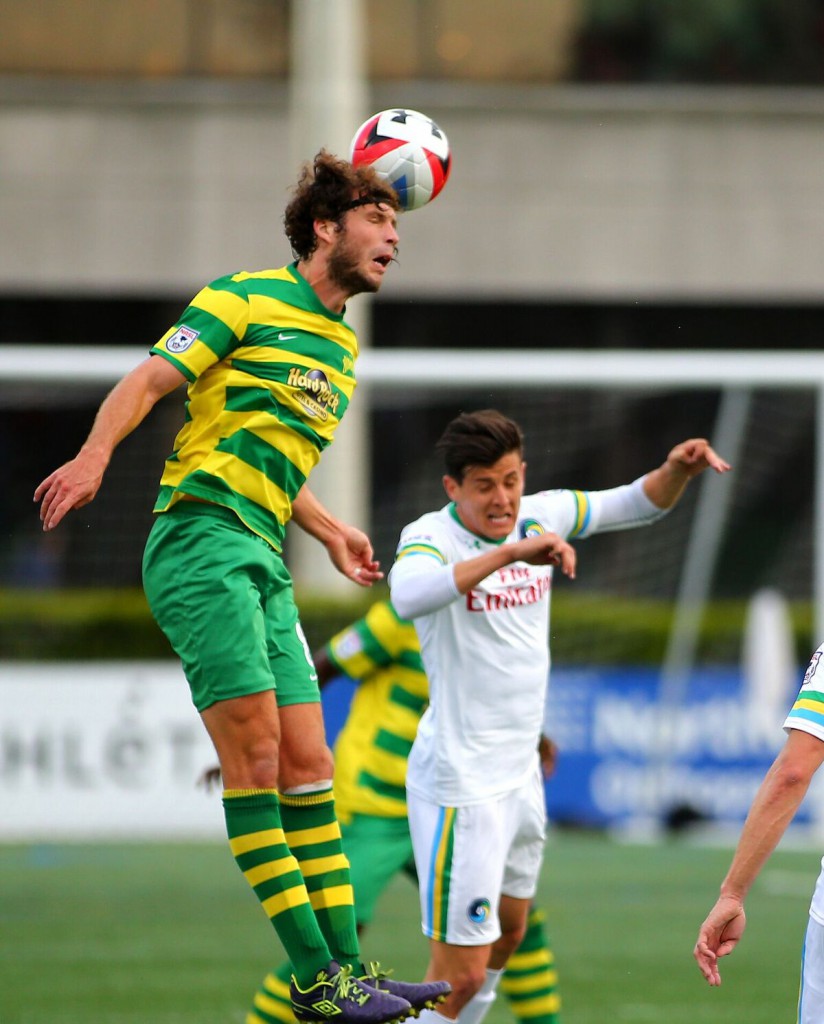 Tampa Bay appeared to equalize in the 83rd minute when Danny Mwanga, who came on for an injured Heinemann, knocked the ball past Maurer, but the offside flag was raised.

In the dying moments of second-half stoppage time, Tamika Mkandawire sent a header across the face of goal, but Hunter Freeman did well to head off the line to secure a much-needed three points as the Cosmos bounced back from a 2-1 loss to FC Edmonton last weekend. 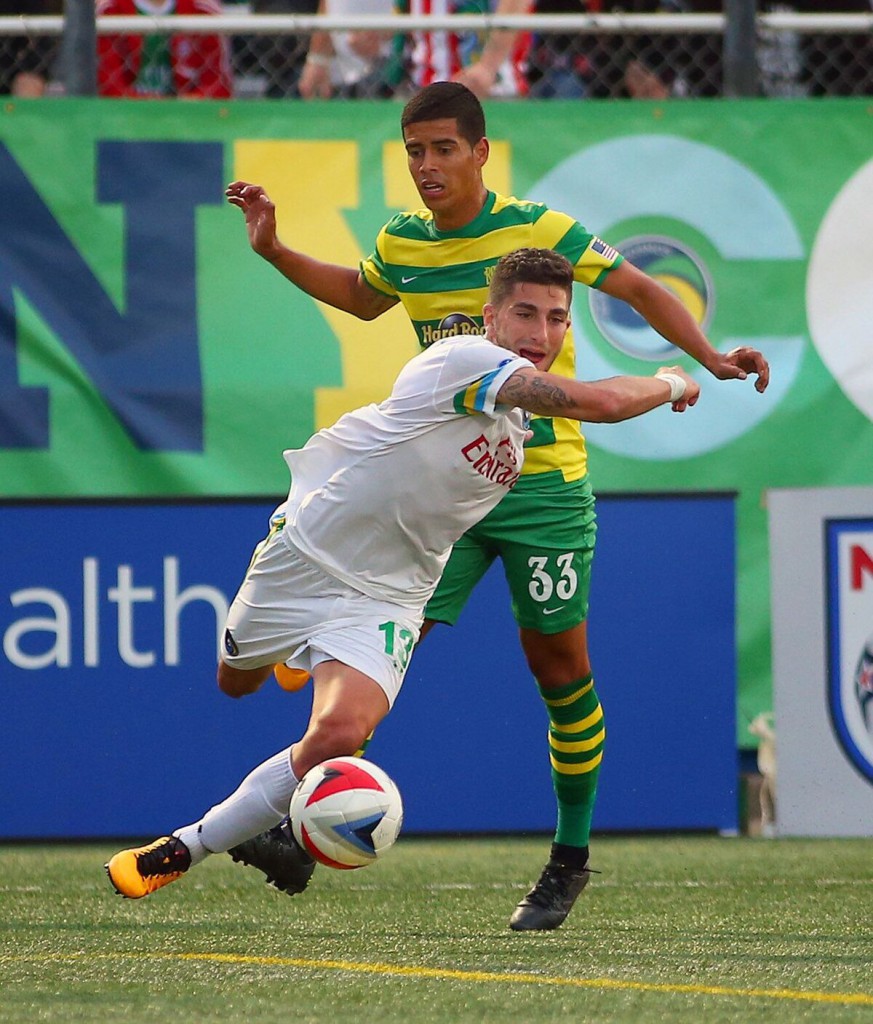 “We capitalized on what we put in. Against Edmonton we didn’t do that,” Savarese said. “We had chances, but we couldn’t capitalize on them and then the game is going to pay you back.”