The days of DJs carrying milk crates full of 12 inch vinyl is over! Mixing boards, a laptop, MP3s, Seratos, lasers, fancy LED lights, gadgets, gizmos and a million buttons and levers. No, this is not science-fiction or the control room of NASA. These are the “tools of the trade” for DJs and producers. Miami based DJ Oscar G, has used these tools as well as anyone. Oscar G is known for producing music that makes the floor bounce for years and this past Wednesday, the dance floor at Emporium in Patchogue was without a doubt bouncing! 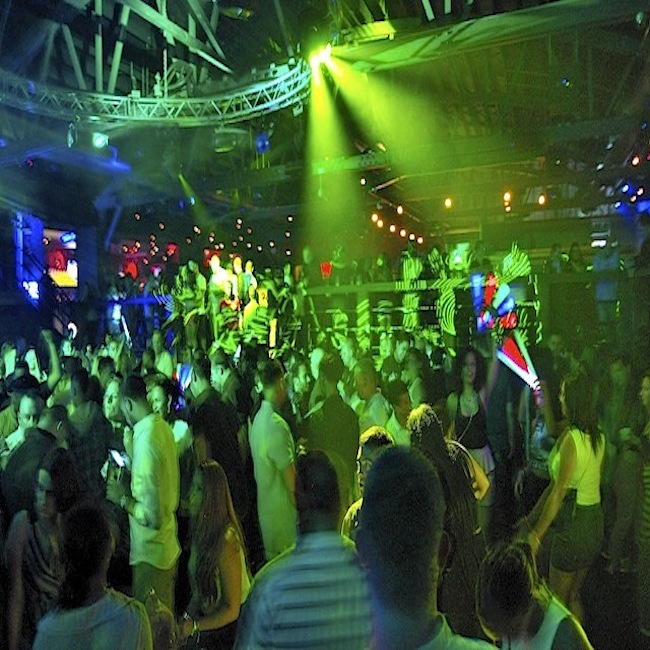 Oscar G is best known as a resident DJ at Club Space located in bustling Downtown Miami. Oscar G garnered commercial success with tracks like “Dark Beat” and in a collaboration with Ralph Falcon under the working name “Funky Green Dogs” and released the track “Fired up!” Being a resident at Club Space is an honor. The current list of Resident DJ’s includes Markus Schulz and DJ Boris to name a few. The who’s who of the electronic music scene has passed thru here at some point. Industry giants like Carl Cox, Armin Van Buuren and Paul van Dyk are often guests but Oscar calls this home. I saw Oscar G in Miami in 2005 during Winter Music Conference. In 2005 Oscar G was raw and full of emotion. His track list was everywhere but it worked for him. Wednesday at Emporium he was polished and in control. Oscar G has become a skill craftsmen mastering his performances.

“Wednesday at the Emporium, Oscar G was polished and in control. [He] has become a skilled craftsmen, mastering his performances. “

What Oscar G does best is turn a club into a rave. What Oscar G represents is music without limitations -music without boundaries. He provides high quality sound for this high quality venue. His style is complicated and it can not be classified as simply techno, house, breaks or electro. It encompasses everything. His music is directed at the center of the dance floor with heavy emphasis on slick transitions and bass driven beats. Music to dance to. The “Dance Wednesday” billing Emporium is promoting is a fabulous line up. I highly recommend checking it out!

As a resident of western Suffolk County, Emporium is refreshing. This 24,000 square foot venue does not have to bow down to anyone! No longer do we have to trek to the Hell’s Kitchen area of Manhattan to view word class performers. The Emporium will never be Pacha NYC, but luckily it doesn’t have to be. Pasha nights might be fun, but I always hated missing the 4:30 am train from Penn Station and having to wait for the 7am one. Emporium’s set up is simple, effective, and boasts the same sexy girls and muscle clad men as the New York City ones do. Moreover, the last Pasha night I had was during last year’s Electric Zoo. Shocked was an understatement when they demanded a $60 door charge. The Emporium is starting to become my favorite venue. Congrats Patchogue area… you have been put on the map!

You can see a plethora of pictures from the concert in this album on the LIB Facebook page!