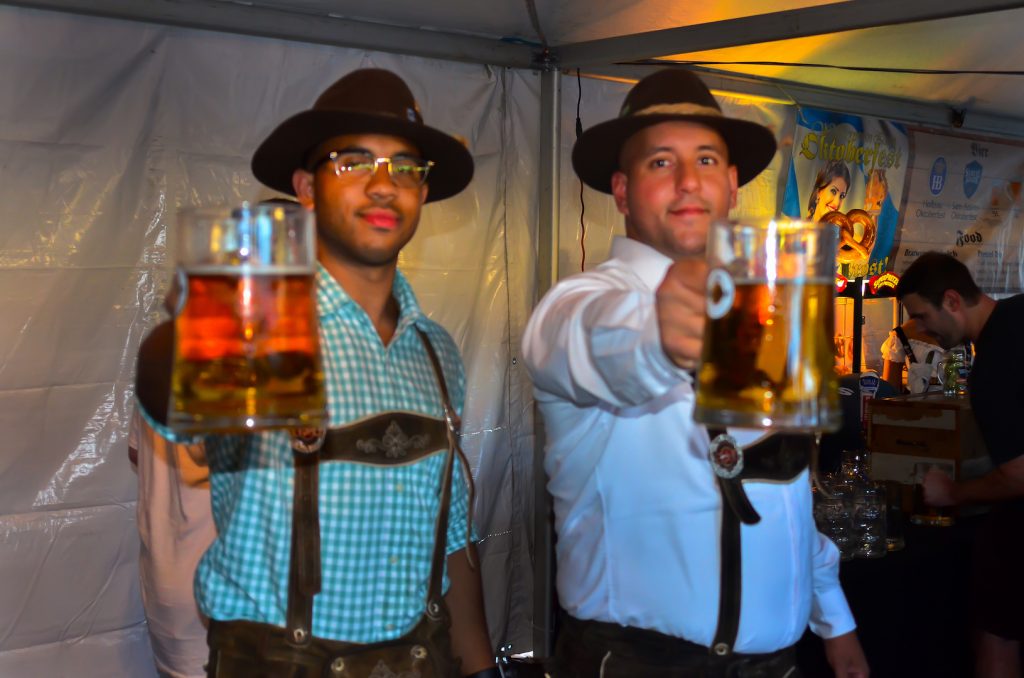 Break out your Lederhosen

When we think German imports what comes to mind? Mercedes Benz, Audis, BMW and other luxury cars? Would it be the mechanical way they go about things? Would it be hard pounding beautiful Techno music? Probably not. You might think Oktoberfest like most of us. For you guys Prost! 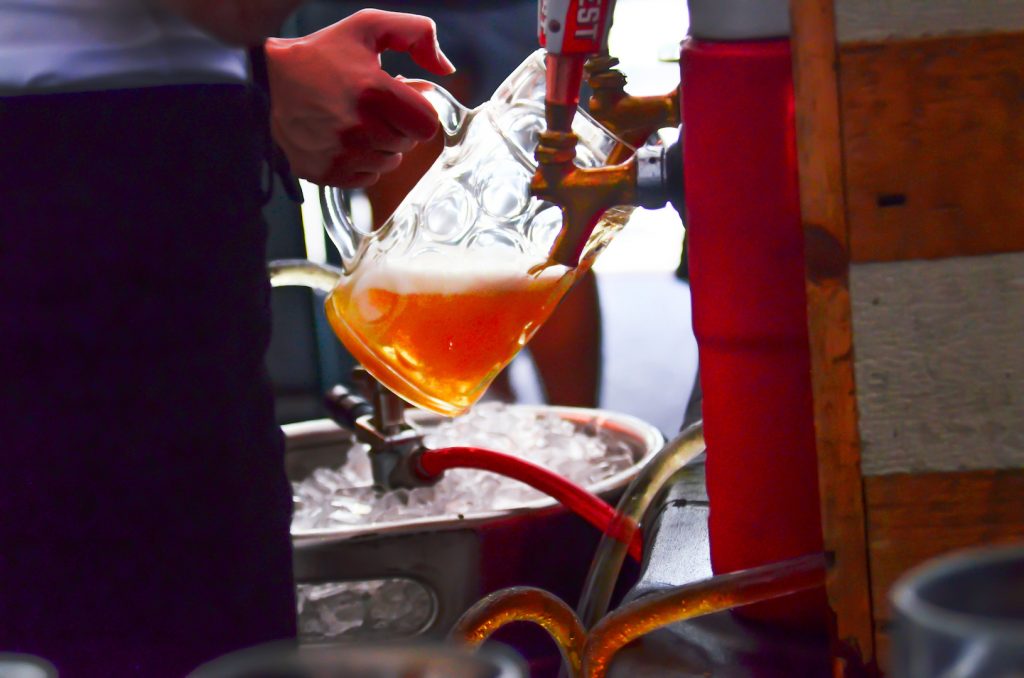 T.J. Finley kicked off Oktoberfest this past weekend in Bayshore. Bring on Hofbräu, direct from Bavaria. I guess bring on Sam Adams too… seeing how that’s what Finley’s was pouring. Oktoberfest (traditionally celebrated in September) beers are different. Oktoberfest are usually lagers. So you hops fans sorry. They are usually golden, and the alcohol content are slightly higher. 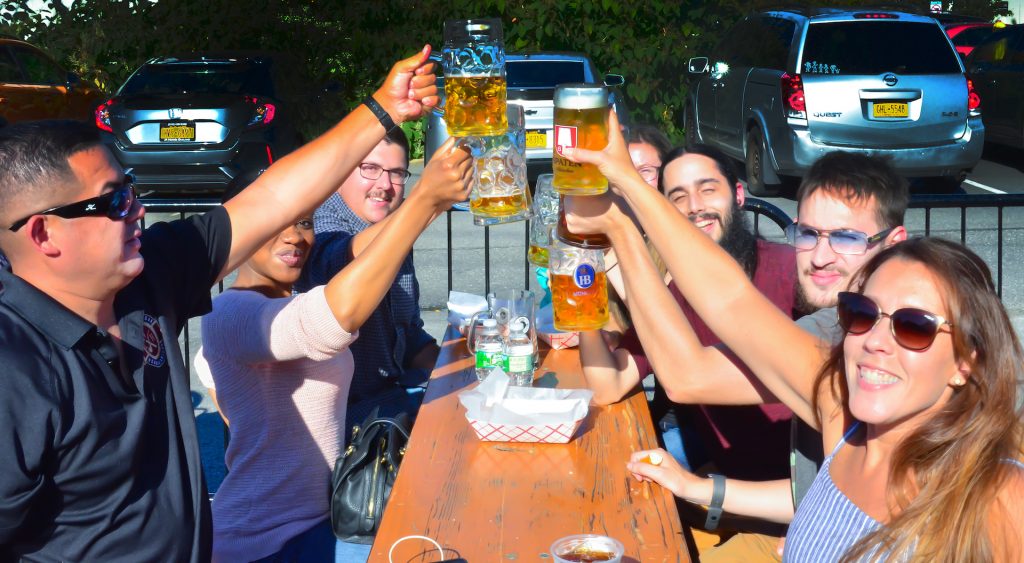 Yes Oktoberfest is focused on beers, but who can forget Brats and Pretzels. The staple German bar food. Finley’s were serving these also. It been a year since I had a Brat- and it was worth the wait! Just like I reverse Polka music for one time a year, Oktoberfest. I actually look forward to it. It’s been year since I heard Roll in the Barrels. So i guess Oktoberfest is full of tradition. 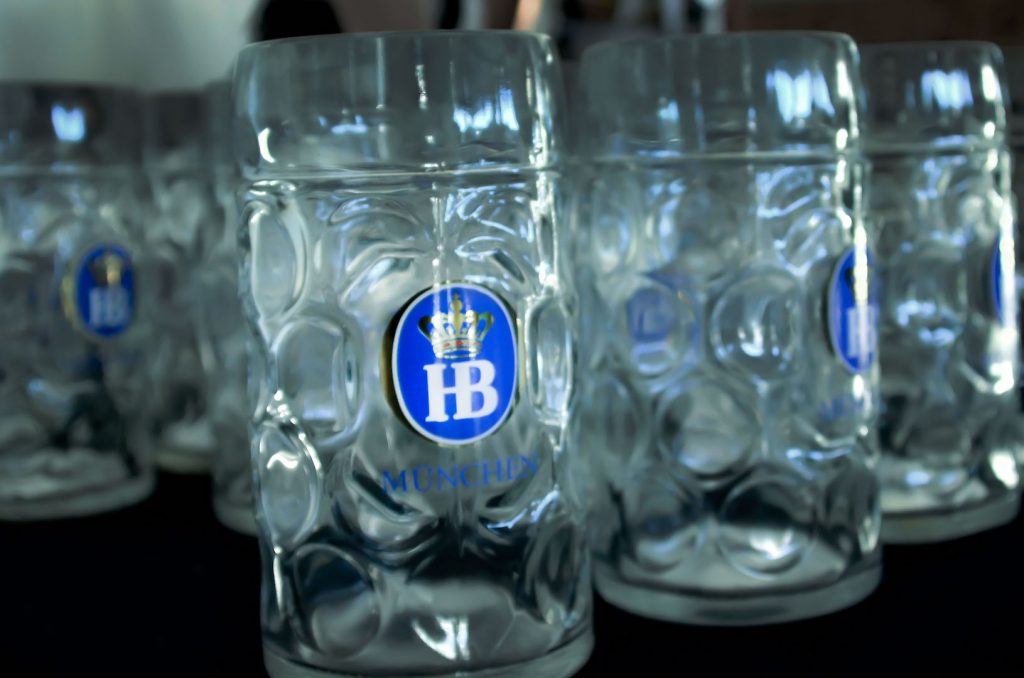 Hofbrau in the house

The highlight of Oktoberfest was the Stein challenge. The rules were simple. Hold a full liter stein straight out from the shoulder, lock your elbows, don’t let it spill and wait our opponent out! Simple right? Beer and stein together weigh about 5 pounds of dead weight. The women’s challenge last about 3 minutes 30 second. Very respectful. The men’s challenge was a fight to the death. The winner outlasted his opponent earning a time of just under 12 minutes. Twelve minutes staring at and NOT drinking beer. That’s like torture for some. 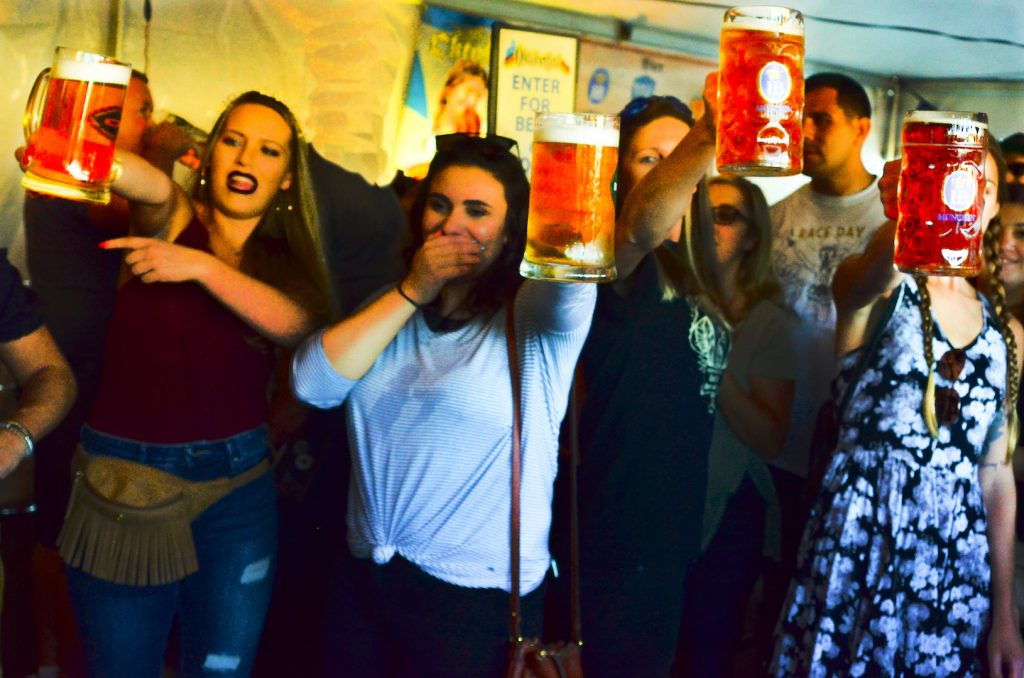 Keep the glasses up!

Keep an eye out for other Oktoberfest festivals happening now. 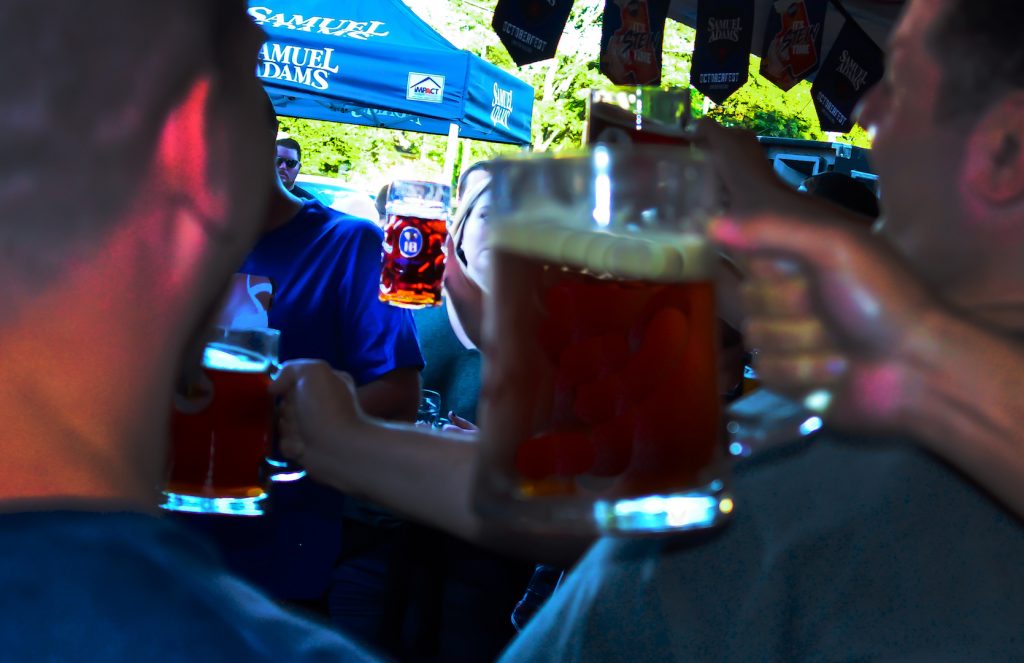