You are at:Home»Art & Music»Rachael Sage Interview at LIB Sessions
By: Kelly on October 17, 2014 Art & Music, Entertainment

Rachael Sage’s prior album was a fabulous fit for the Lifetime hit reality series Dance Moms, but the sweet-voiced singer, songwriter, former ballerina and part-time stylist is so much more than some pleasant background noise.  Wow-ing the world with her independent label, MPress Records, the songstress projected her love of the arts, eclectic performance and style to us during LIB Sessions earlier this month.

Despite all of her glittering achievements, the turquoise-haired songstress remains kind and humble when speaking of musical genres and the competition.  ” There is room for everybody in the music world.  Eclecticness suits my sensibility”.

Rachael Sage and the Sequins’ newest EP, Blue Roses  is available on iTunes, debuting last week just in time for the crew to complete their UK tour, which will be coming to NYC’s Le Poisson Rouge November 1 (tickets here)

So..  it has been an eventful year for you!

Rachael: Indeed it has.  I am really excited about my new record coming out!  We are about to embark on a big long tour of the United States.

Take us back to the beginning.  How did you first start in the music business?

I started writing songs when i was five years old.  At that age, I was absorbing all kinds of pop, but also classical music. I was a “musical sponge”  I got a four-track for my bat mitzvah – it enabled me to become a mini-producer and I just continued producing music all throughout high school.. that’s the nutshell version of my history [laughs]

Ah, so making hit records began as a childhood pastime..

I’ve been putting out records on my label MPRess for 10 years. I produce my own tracks and arrange it with wonderful musicians. I like to surround myself with people who are better [have greater musical experience]than me and NYC is awesome for that! You run into the most amazing people and never know who you’re going to meet in the city.

Are you a New York native?

Yes and no.  I was born in Connecticut and raveled to dance in the NYC Ballet at age 12.

I wanted to do it all; sing, dance and act! My parents wouldn’t let it interfere with school, so i took dance as far as i could until college. I was always able to do my music thing; in fact, it became my best friend through everything.

What other performers are you most inspired by?

I’ve been fortunate to meet a ton of people whom I grew up admiring. My parents are big fans of folk singer Judy Collins; 7 years ago we met thorugh a mutual friend.  She took a liking to my album and invited me to go on tour!  Watchig – and working – with someone who has had such an inceredible career is the ultimate education.   [Ms. Collins] is as elegant and compassionate as she appears. 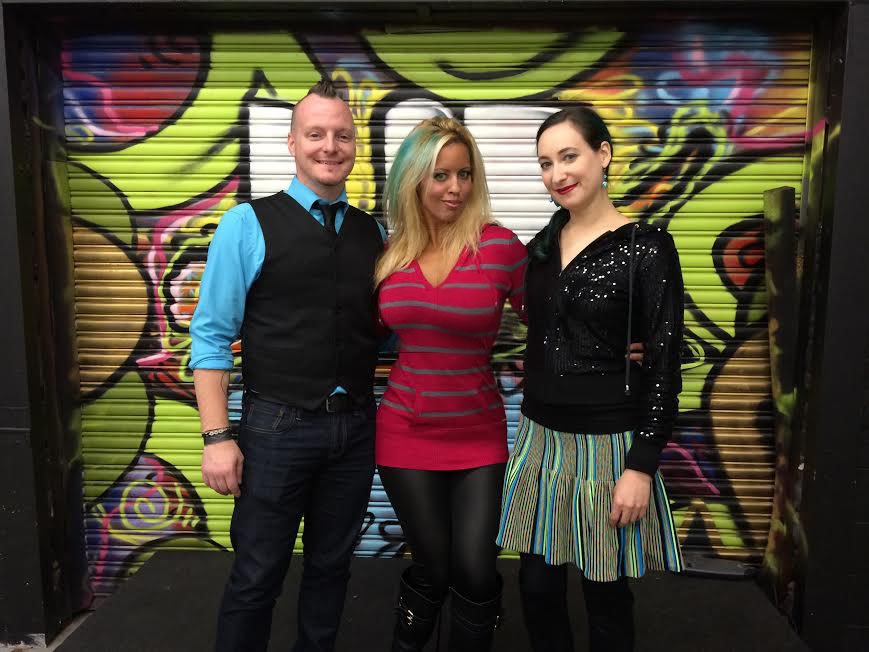 That really is amazing.  As for the reality show – did the opportunity simply fall from the sky?!

The music being in the show literally did come out of nowwhere.  Like many independant artists, my songs are found in online libraries that ae shared with plenty – probably hundreds – of shows.

The first song featured on Dance Moms last January was a complete surprise!!  I had been a fan of that show and being a former ballerina, it was perfect! I love watching the kids perform on the show. I really was moved, emotionally by the peformance done to my song, “Birthday” so much that it made me cry. My inclusion in their world was bittersweet because i still miss dance. It was very much an honor.

Later that year, Dance Moms ended up using ten songs off that album; it was great. Abbey Lee Miller invited me to come visit the studio and I ended up on the show.

Well,  I have always looked up to multimedia artists like Andy Warhol and love how performers like Kate Busch have returned the mix of music and dance on one stage.  That is one direction I could love to go in; recruiting dancers to perform along to my music. I would love to be involved in choreography

Do you have a favorite choreographer?

I would not be a product of the School of American Ballet without mentioning George Balanchine!  Twyla Tharp was also an amazing contemporary composer.  I loved to watch her troupe perform.

I am totally inspired by your teal hair and matching skirt!  Do you style your own hair and outfit?  Would you conisder having a fashion line?

Definitely! I would love it; I style myself and often my peers – nothing official but i have composed photoshoots for some friends. Fashion week was so much fun this year. I love painting jeans and bedazzling everything!  “Bedazzled” is such a pretty term….

Last but not least: What is your favorite genre of music.. and being classically trained, what do you think of all the digital musicians out there today?

I love so much classic and contemporary pop music.  Everything is cyclical; the types of popular music out now doesn’t seem all that different to me.  In the 80’s and 90’s, it was Debby Gibson and Tiffany; now there is Daft Punk.  Every genre has so many different talents. When I attended the Grammys, Skrillex performed right before Jennifer Hudson. There is room for everybody in the music world. Eclecticness suits my sensibility.