You are at:Home»Art & Music»Silverstein Release “Where Are You” (Alternate Version) & Announce Livestream
By: LIB Staff on June 29, 2020 Art & Music

Silverstein released an alternative version of “Where Are You” announced a livestream concert event on July 19th.

Silverstein will be pulling out all the stops, the set will be captured by four high definition cameras and recorded through a vintage, 1971 8014 Neve console. This set will featuring songs from ALL the albums, this is a performance you will not want to miss! 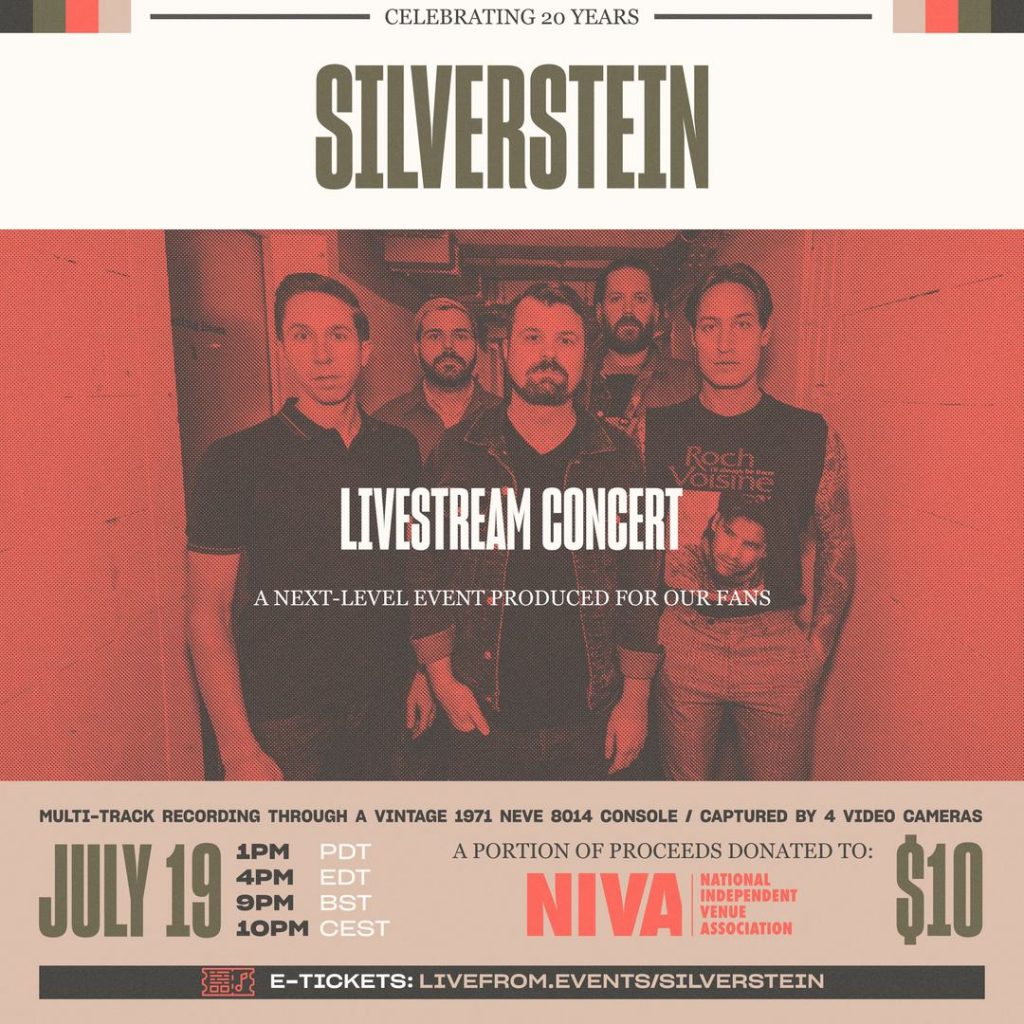