You are at:Home»Art & Music»Story of the Year Wolves Release Party in NYC
By: Lauren Jablonski on March 22, 2018 Art & Music, Nightlife 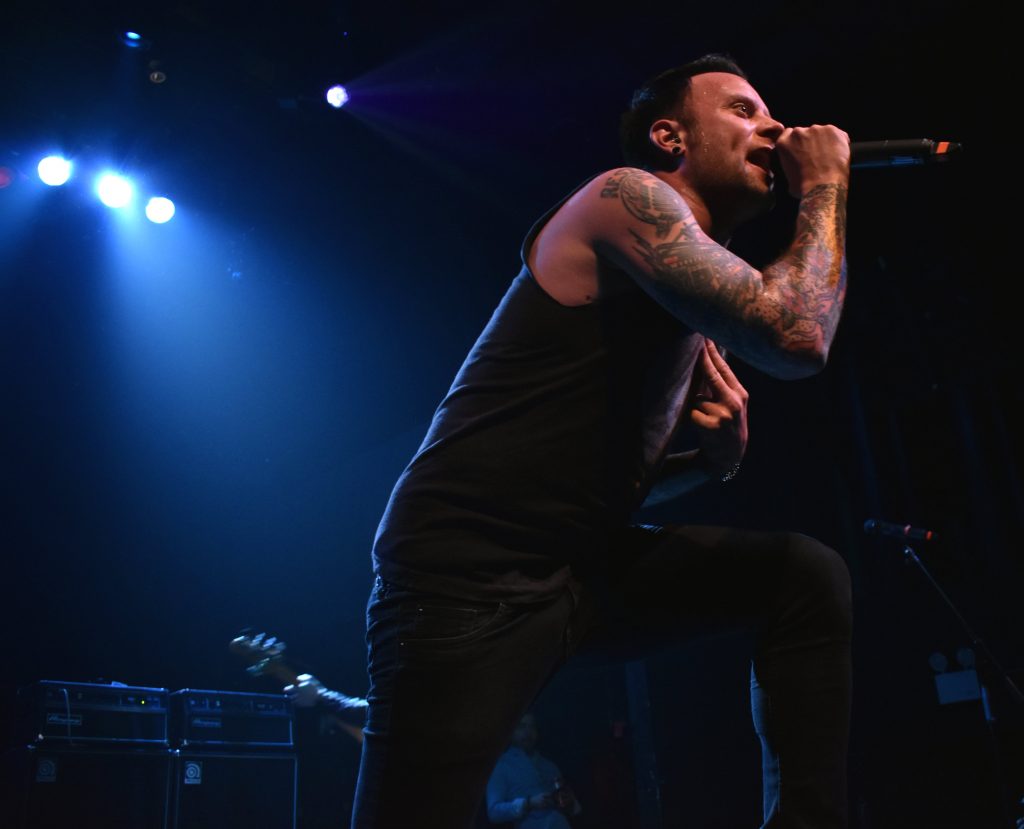 Fans received good news when Story of the Year posted a video prior to the show announcing that their former bassist, Adam Russell (aka Adam the Skull) was back in the band and playing his first show back at Gramercy Theatre. Russell told fans he’s been working at the mall because of the benefits, a 401k plan and a great discount on blouses. 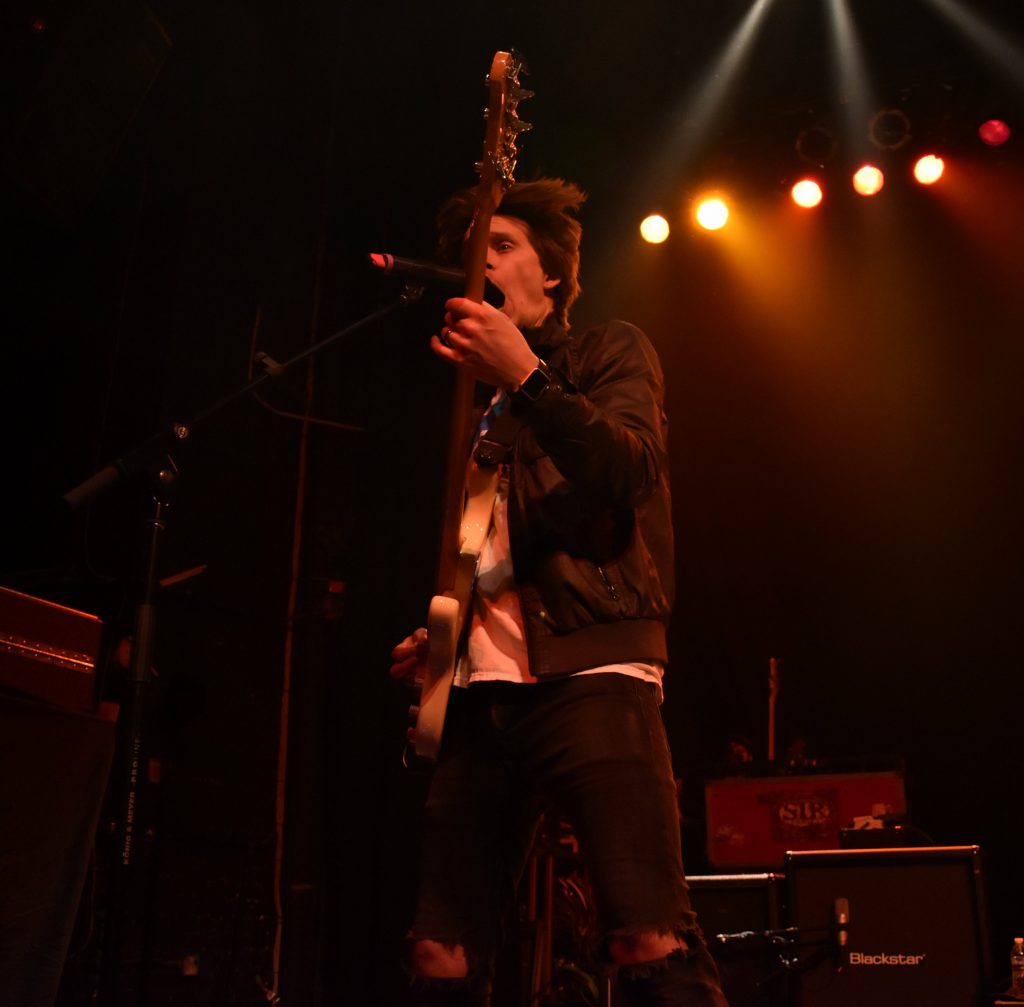 “NYC is home to so many incredible hardcore bands that we grew up on, it’s such an incredible hardcore punk scene and it goes back to before any of us were even fucking born and to be honest it was fucking intimidating 18 years ago, but we have felt nothing but love and fucking support from day one from this place and it’s honestly unlike another place, this state like our hometown. I am so fucking happy to be playing my first show back in this spot with these fucking kids so thank you,” said Adam Russell.

New York City never fails to be anything less than crazy and exciting, and the Story of the Year release show was no exception. “Stevie Wonder on the drums and someone stage diving during Sidewalks, only in NYC,” said frontman, Dan Marsala.

Story of the Year experienced commercial success right off the bat when their post-hardcore album, Page Avenue went Gold on Maverick Records. However, their following albums didn’t have the same success as its predecessor. Story of the Year released their 5th album Wolves on PledgeMusic, a platform where fans could preorder the album, purchase rare band memorabilia and experiences to help fund the album production. Die-hard fans jumped at the opportunity to assist, they purchased rare items, access passes, and even one-on-one music lessons with select members of the band. 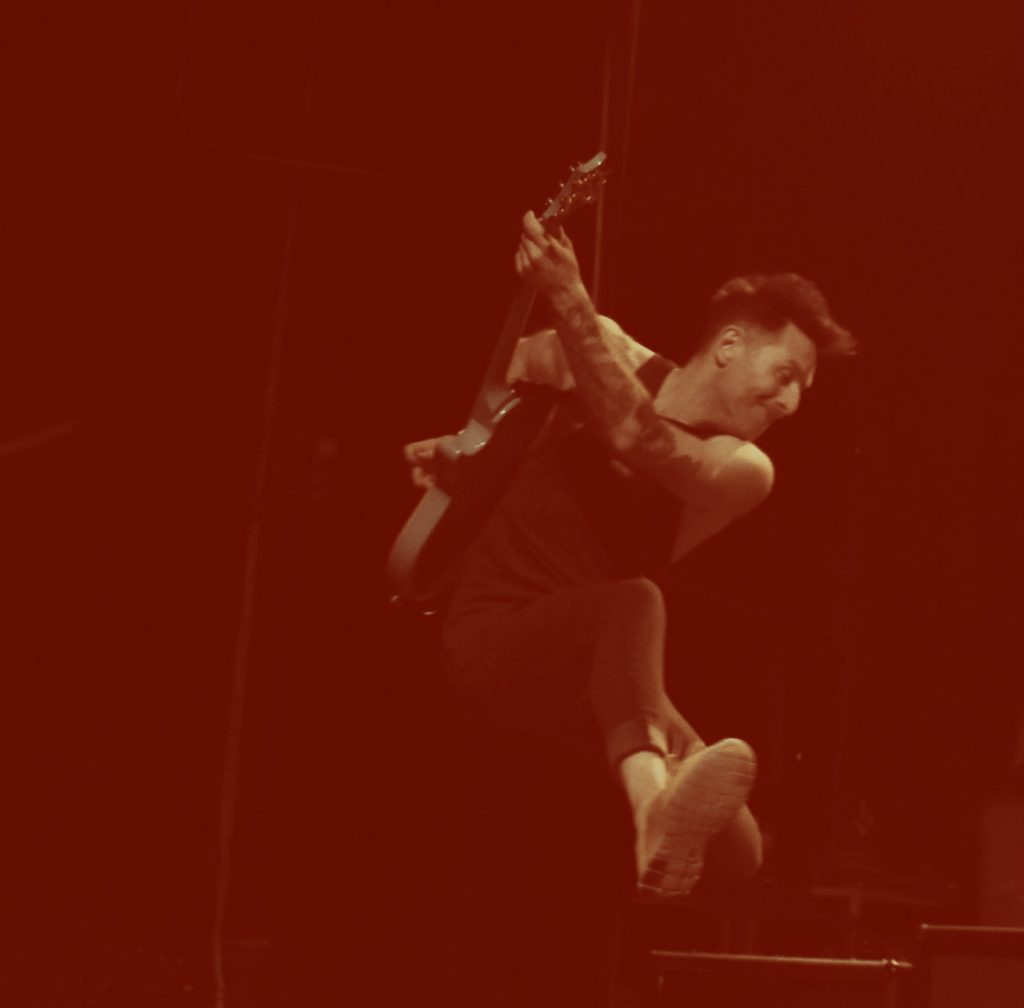 In return, Story of the Year has given nothing back but love to their fans. They even paid homage to their longtime fans during the show. Frontman, Dan Marsala, called on Greg Rothberge, also known as “Crazy Greg Pooh Bear,” (a long time fan of the band who always wears a Winnie the Pooh costume to shows) to start up a circle pit. Another fan planked in front of the drum set just like he did in 2006 when Story of the Year performed on Fuse’s 7th Ave. Drop! After the show, they even signed autographs and took selfies with fans.

Story of the Year had complete artistic freedom for Wolves since they released it themselves. They truly poured their heart and soul into this album as they continue to fight to do what they love, music.
“We took our time, we turned the page
And now it’s all that still remains
We found the lights, we found our name
I hope we find ourselves again”- Praying for Rain

Determination has always been a central theme in Story of the Year’s music including the new album Wolves. When a band loses a member, it affects the dynamic of the entire band. However, Story of the Year persevered and proudly produced an album that fans and critics love. Even though other bands in the scene have thrown in the towel, including Yellowcard, Anberlin and My Chemical Romance, Story of the Year is still producing solid tracks and fighting to stay relevant in the music industry. 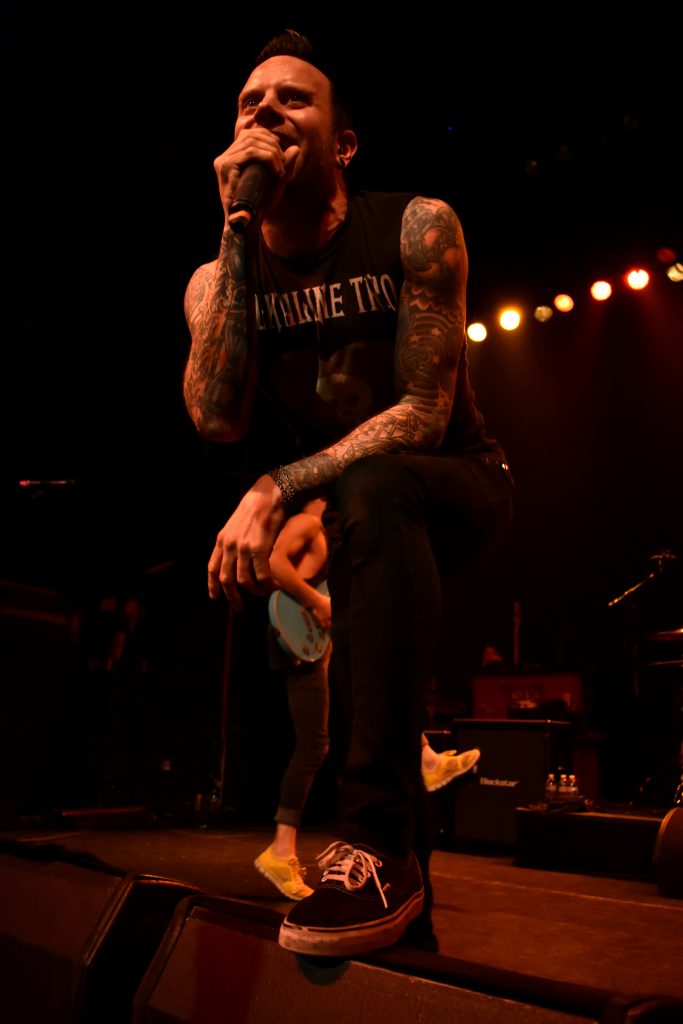 The sold out crowd at Gramercy Theatre exceeded Story of the Year’s expectations. Marsala even admitted that he was in awe of everyone was singing along that he kept forgetting his lyrics. The band looked comfortable and happy to be back onstage. 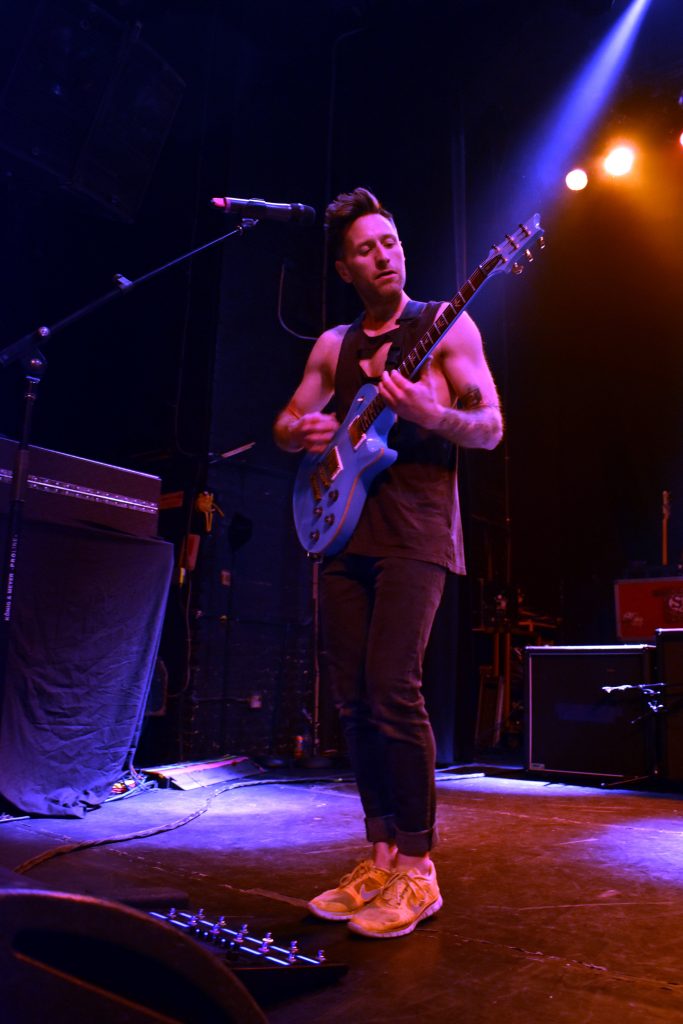 Fans were amused by the bands antics including daring Ryan Phillips to do a double backflip or Josh Wills pretending to play guitar while standing in front of Ryan Phillips or Adam Russell talking about blouses.

Be sure to download Story of the Year’s new album Wolves and check them out next time they are back in town.