With SZA bringing enough talent, energy and charisma, somebody better tell the Dawgs they have a rapidly rising Grammy Winner in their finely-tuned future.  In the past few years, the artists at independent record label TDE have reached superstar status. With a roster that includes platinum recording artist Kendrick Lamar, TDE is building a modern legacy within the hip hop and R&B music industry. The Los Angles-based record label is also home to hitmaking artists Schoolboy Q, Ab-soul, Jay Rock and Isaiah Rashad.. In late 2013, Top Dawg signed the sweet-voiced, multi-genre songstress SZA to their male-dominated label; a move that earned the positive attention of critics and media alike. 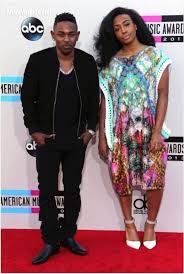 Here are the top 10 things you should know about SZA

1. She is was born Solana Rowe in St. Louis, Missouri but grew up in Maplewood, New Jersey.
2. Her mother is a Christian and her father an Orthodox Muslim.
3. While growing up, her parents isolated her from the “regular world” which lead her to create her own, which sparked her to start writing music.
4. SZA admittedly confesses she attended 3 different colleges and failed out her last semester to show her parents she wanted to pursue singing.
5. In October 2012 she self released the EP “See SZA Run”, followed by her second EP “S” one year later.
6. SZA released her third recording entitled “Z” with Top Dawg Entertainment in 2014.
7. The singer credits musical influences Bjork, Red Hot Chili Peppers – even LFO – as inspirations behind her multifarious work.
8. SZA’s sound can be described as minimalist R&B meets pop and neo-soul.
9. SZA is an acronym from the Supreme Alphabet which means Savior, Zig-Zag, Allah.
10. In May, SZA announced an upcoming International tour (!) and has began recording her fourth EP – and yes, it’s entitled “A”.

What do you love most about SZA?  Let the comments begin!