You are at:Home»Art & Music»Van Gogh: An Immersive Experience
By: John Milovcic on August 16, 2021 Art & Music 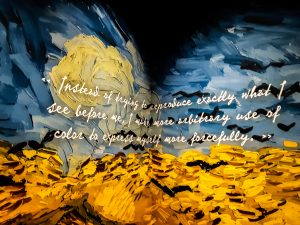 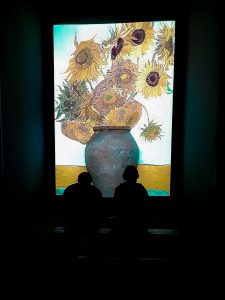 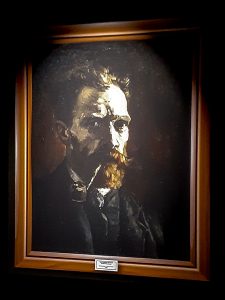 Art feeds the soul. It is one of the reasons to be alive. It brings the out what is inside. This is one of the things I missed the most since Covid became a worldwide scourge. Vincent Van Gogh is one of those artists that influenced the world. 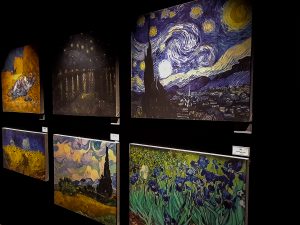 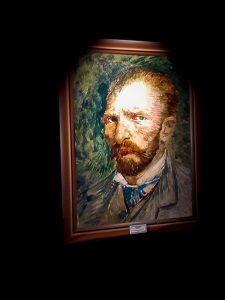 Currently New York City is hosting a Van Gogh exhibit. We checked out Van Gogh: The Immersive Experience. This was the perfect ending to a Sunday night! As we pulled up to Vesey St, Jersey looks so amazing from a distance. 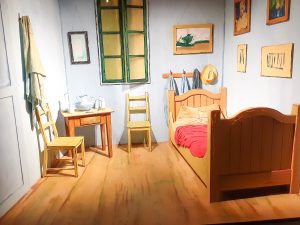 So onto the exhibit. Seeing this work displayed in an upscale New York neighborhood, around the world from The Netherlands is surreal in itself. To put this in perspective Van Gogh was born in 1853. The American Civil War was fought between 1861 and 1865. Van Gogh was 13 when war ended. Van Gogh lived 150 years ago. Yes he is old but he is not medieval. He is not even Renaissance. He’s more modern than that. 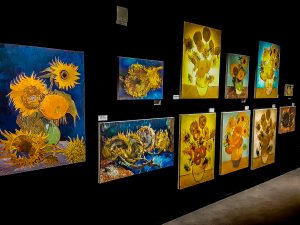 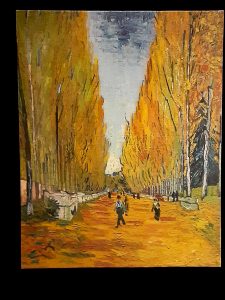 The exhibit is essentially three rooms. First two rooms have more of a museum feel. Prints of his work, reconstruction of his work The Vestibule and his bedroom. They produced a short video detailing Starry Night introducing the opinion that Van Gogh may have been color blind. That he may not have been able to distinguish between shades of colors, which may have led to his choice of bold colors. It was interesting. 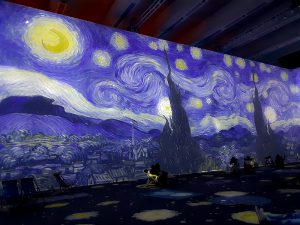 The Starry Night in the great room

The Pièce de Résistance was the third room, the great room, if you want. It was the length of the other two, with projectors displaying not only his work but put the work in motion. The Starry Night swirled, the sunflowers blew in the wind. We were free to lounge about and take it all in. This was worth the cost of admission alone. I highly recommend Van Gogh: The Immersive Experience. 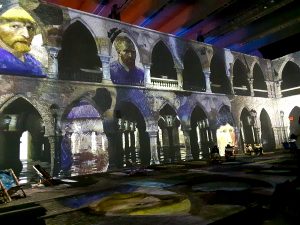 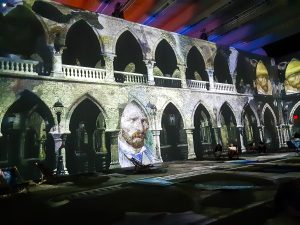 From the great room

If I have one objection, one thing I wish was different, I wish it was more educational. I wish they highlighted some of his flaws for lack of for a better word. This could have been the perfect vehicle to open a dialogue about mental illness, but there was no mention of his severed ear nor his possible depression. His genius may have been tied to his illness.

Check this out before it closes! It is worth it! 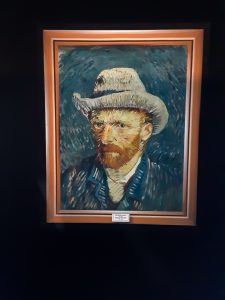 “What is done in love is done well” -VVG