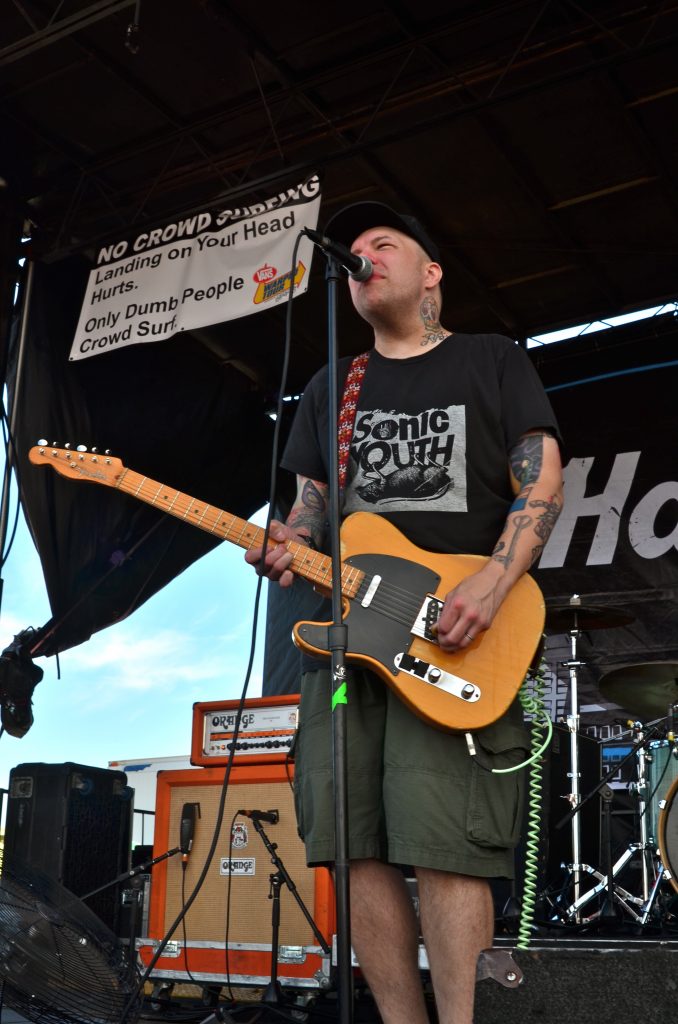 A Buddhist monk might try to sell you a book.

Just a heads up, Buddhist monks are walking around the festival and might hand you a book that they will try to sell you.

Doors are at 12:30pm and the first band goes on around 1. Previous years, I missed the opening band because I could not enter the venue quick enough; this is definitely a good change!

Beware of the items people hand you, they are not free!

Some people may hand you an item that you might think is free, but then they will try to get you to pay for it.  I recommend sticking to the free items at the merchandise stands to avoid the pressure and confusion. 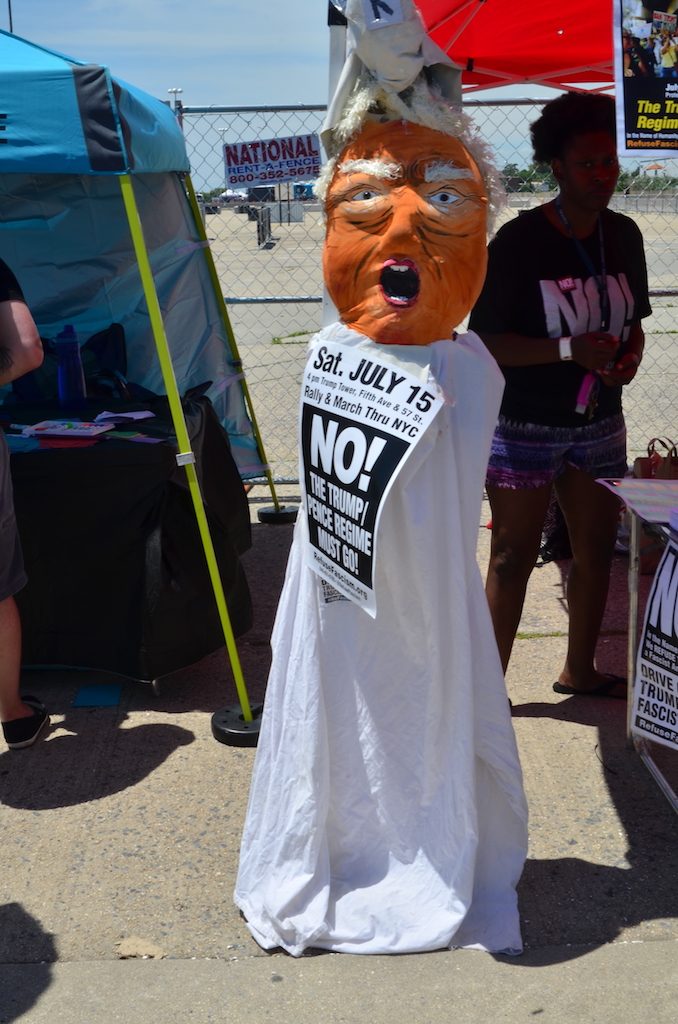 You can protest the Trump/ Pence Regime.

In 2004, there was the Rock Against Bush movement, now you can sign up to protest the Trump/Pence Regime at the refusefascism.org tent.